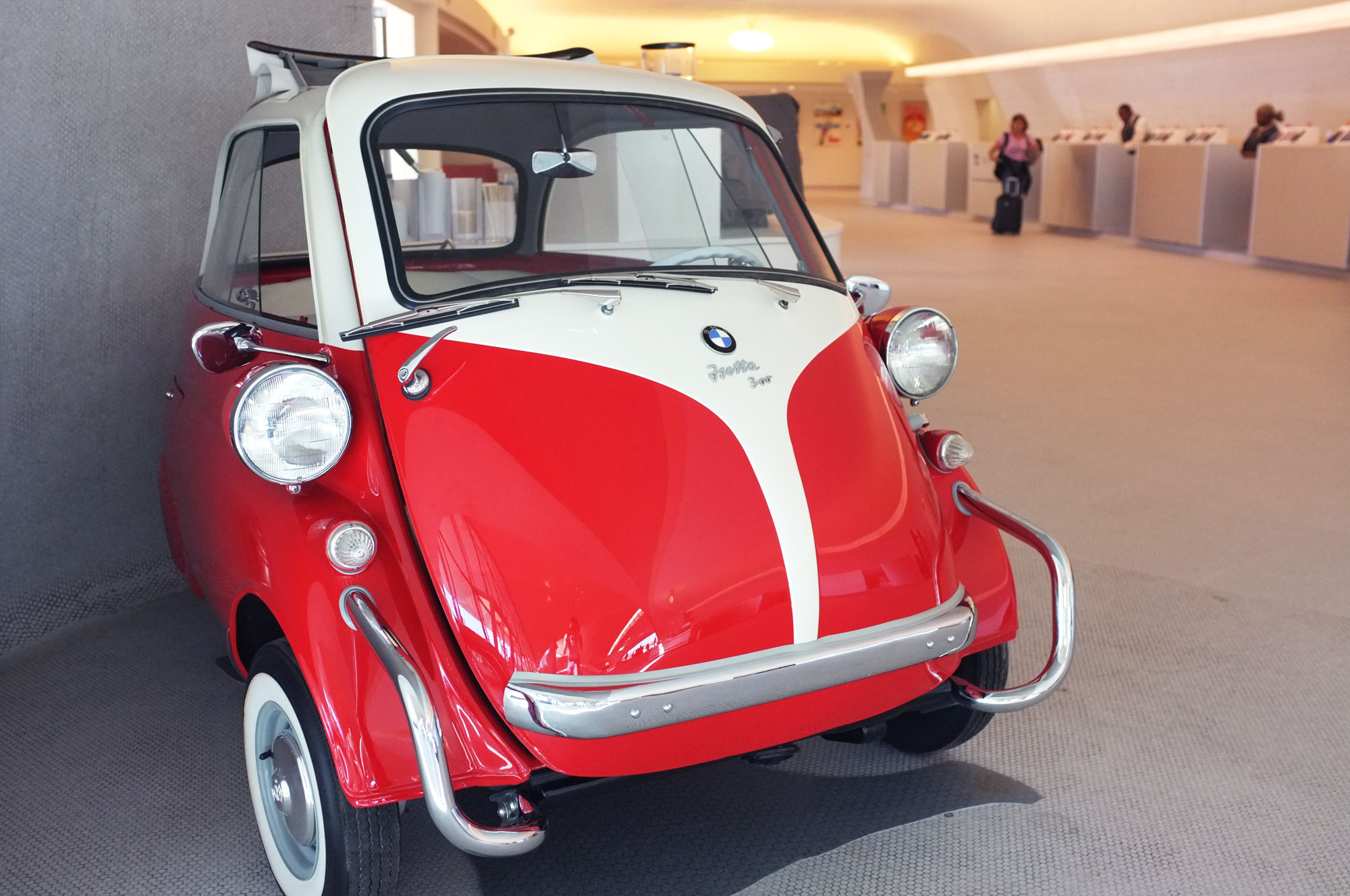 Old Made New Made Old

For anyone flying into or out of John F. Kennedy International Airport, we highly recommend taking some time to check out the new, beautifully done TWA Hotel, adjoining Terminal Five (Jet Blue’s terminal). Its center is housed in the old Trans World Flight Center, originally designed + built in 1962 by Finnish American architect Eero Saarinen, and flawlessly renovated by New York’s own Beyer Blinder Belle.

Walking into the common space of the new hotel feels like stepping back in time to 1960s New York, complete with a sunken main bar, hidden away little lounges, a red-carpeted arching tunnel connecting the terminal to the new space, and fully immersed staff, many wearing the original Stan Herman TWA uniforms (that’s a 1975 one below being modeled by our new friend, Donna). 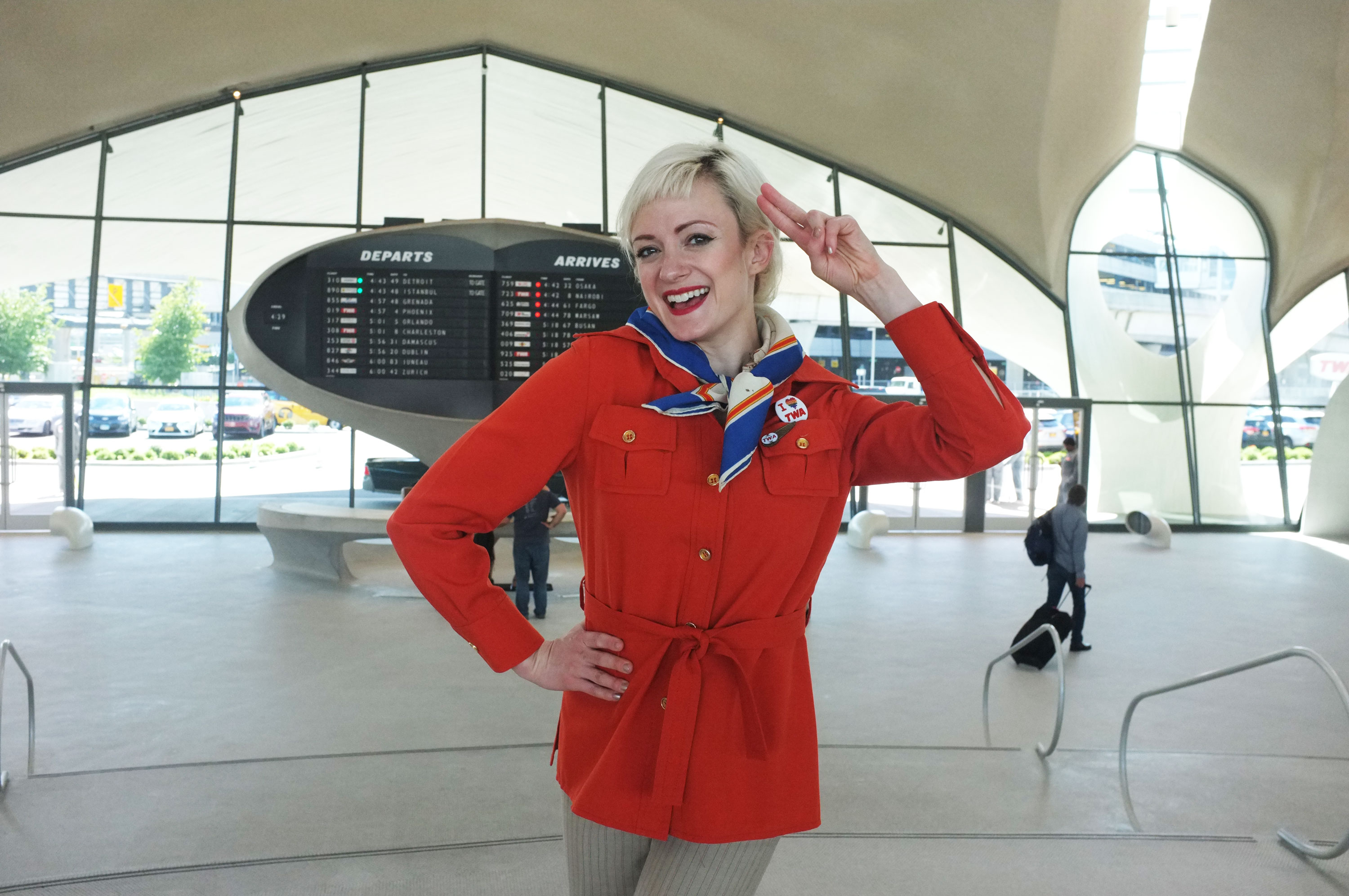 Everything we saw was impeccably + thoughtfully designed, and—this being a quick stop in on our way into the city for a long-overdue visit—there’s a lot we didn’t see too, like the Connie Cocktail Lounge inside of a 1958 Lockheed Constellation airplane parked on the tarmac, a pool bar, and a rooftop deck. 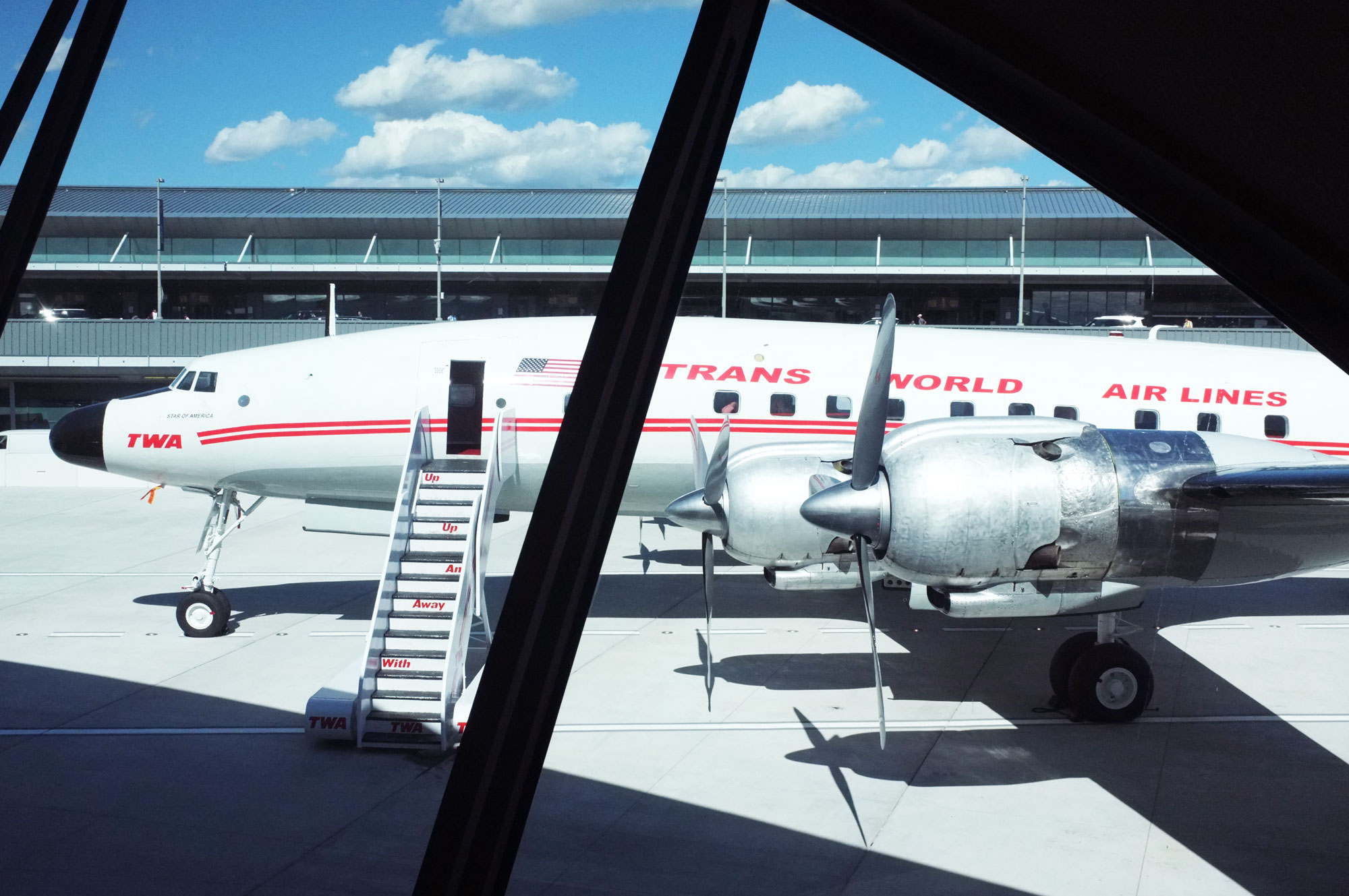 The hotel was easily the most thoughtfully designed space we’ve seen of late.

Read more about the space and book your stay at TWA Hotel’s site. 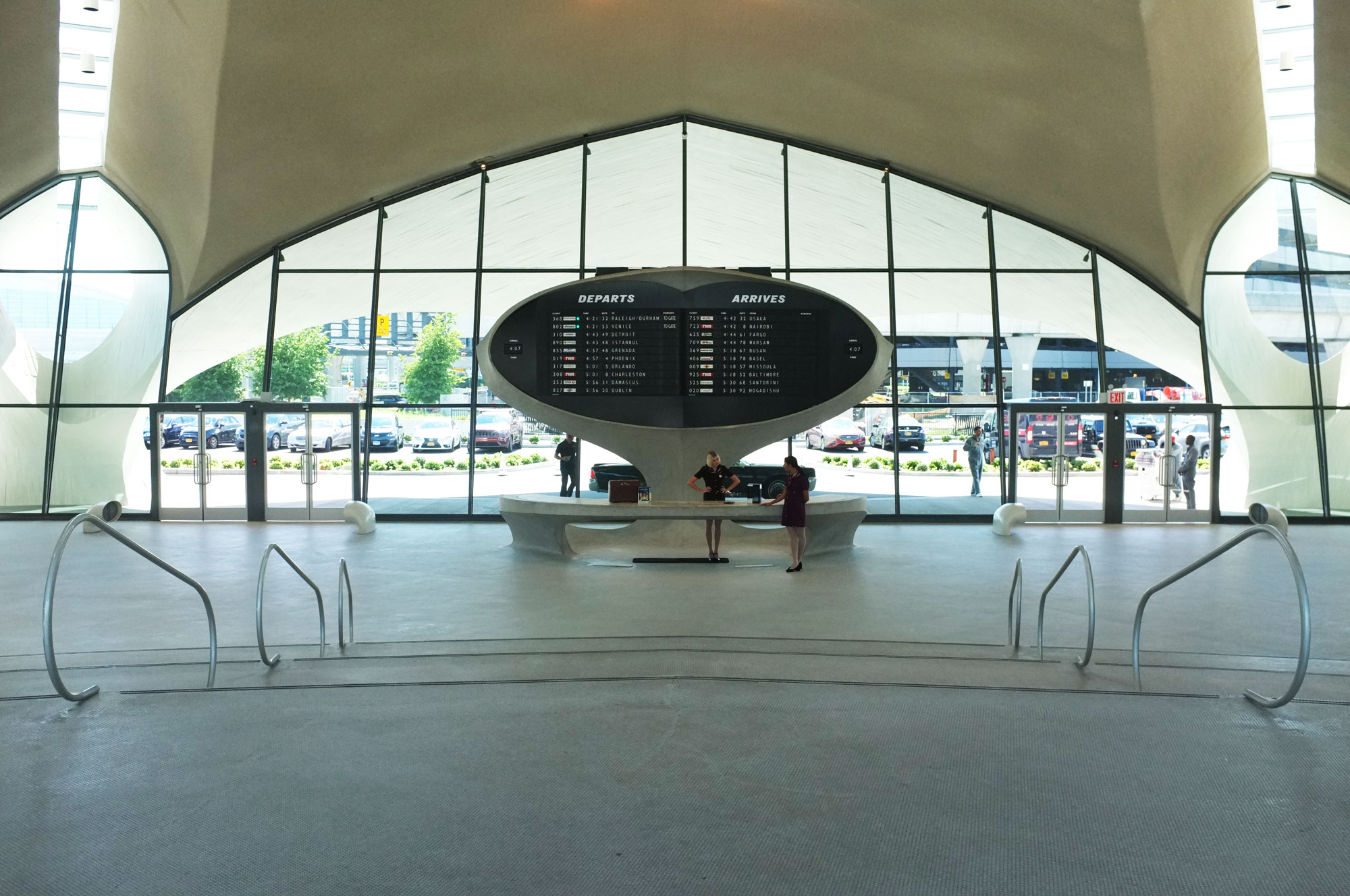 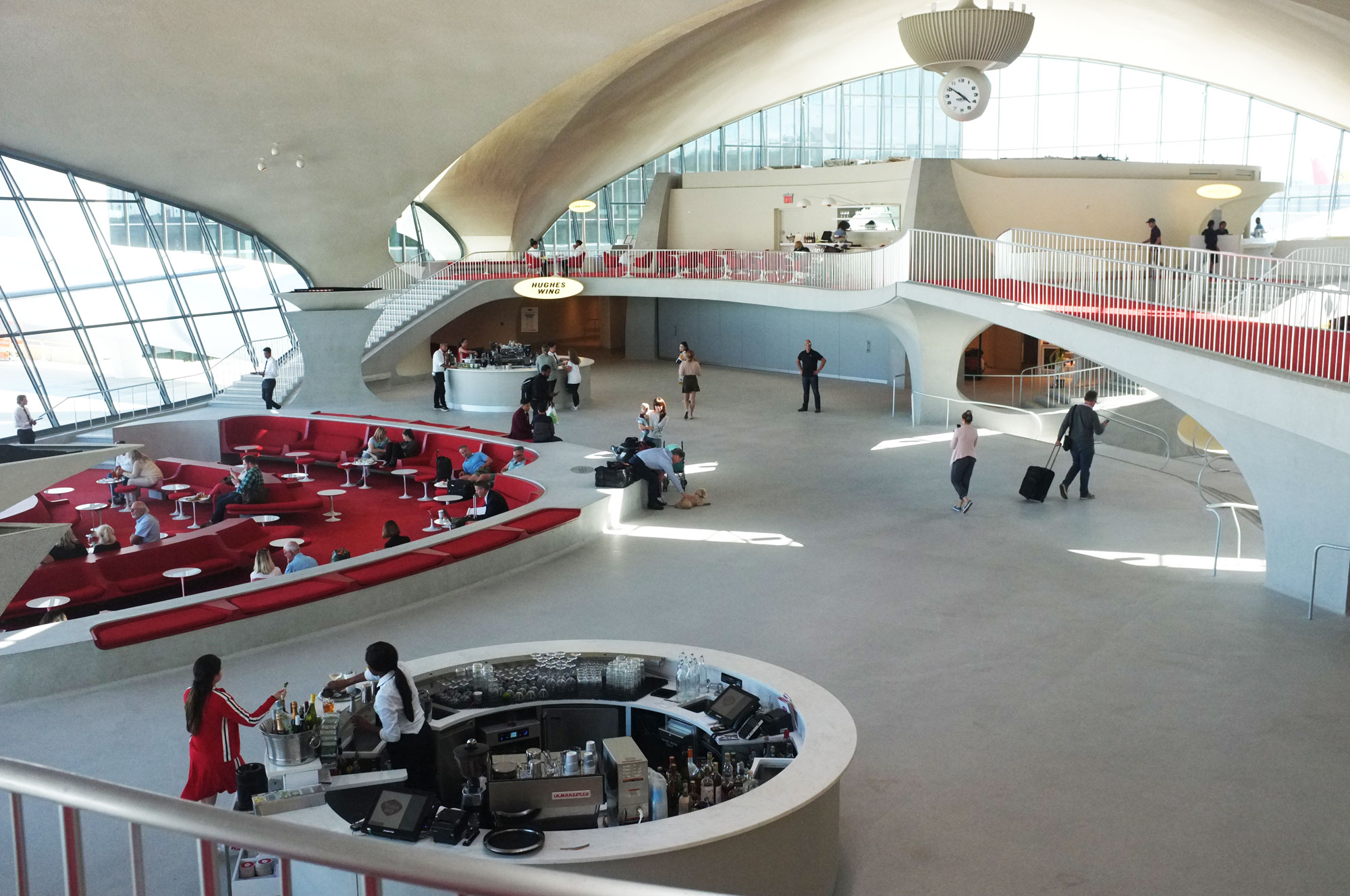 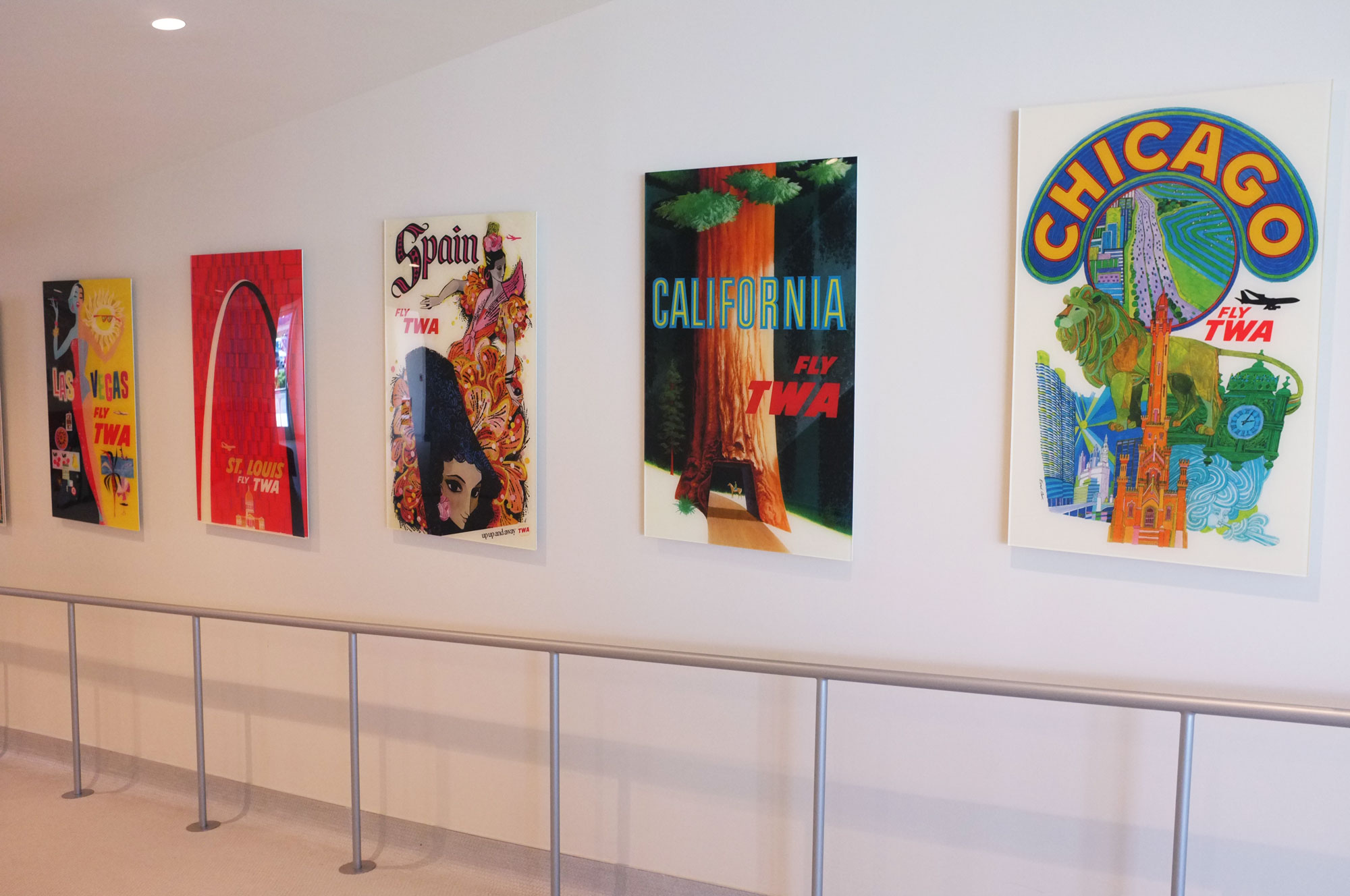 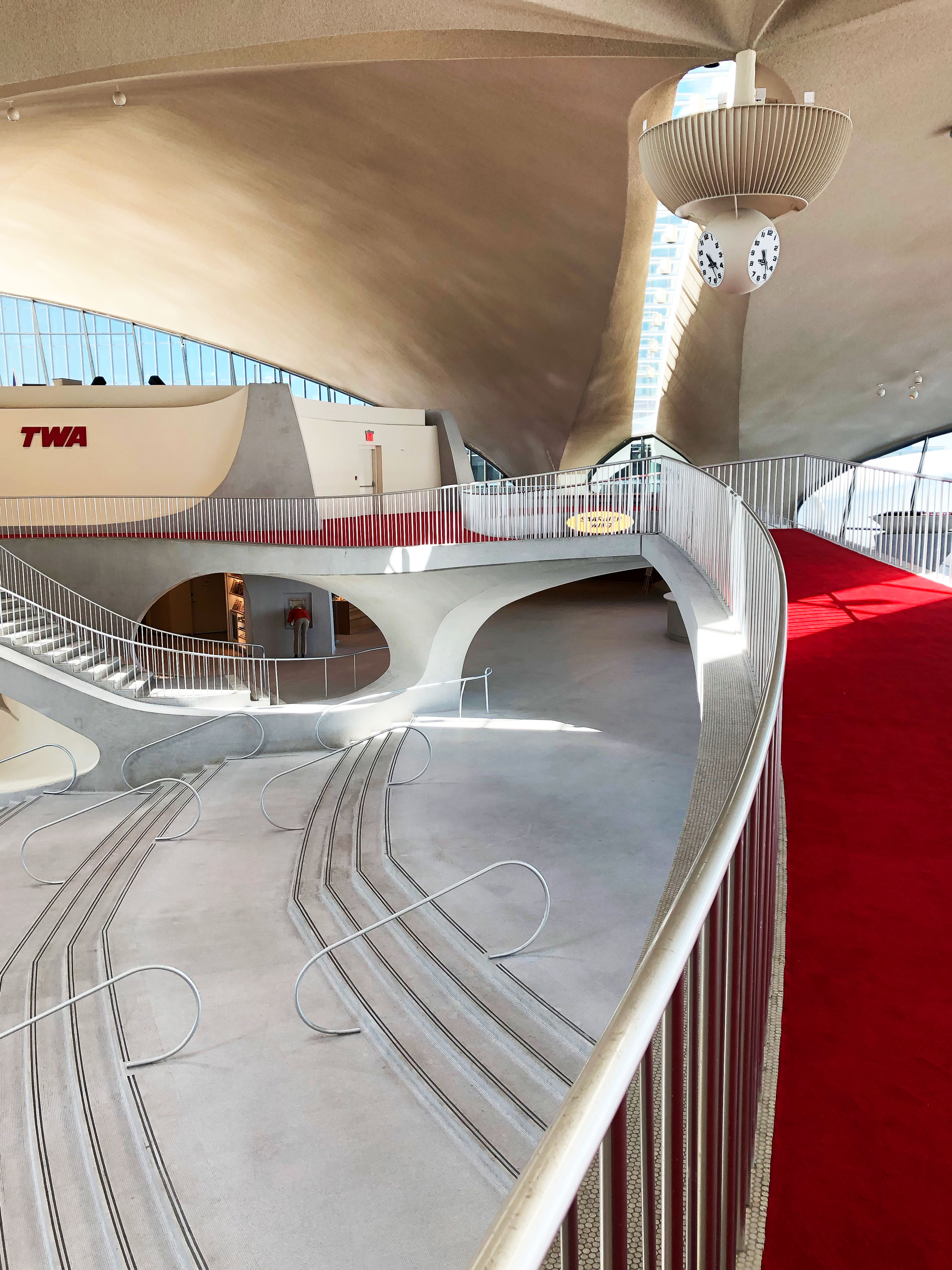 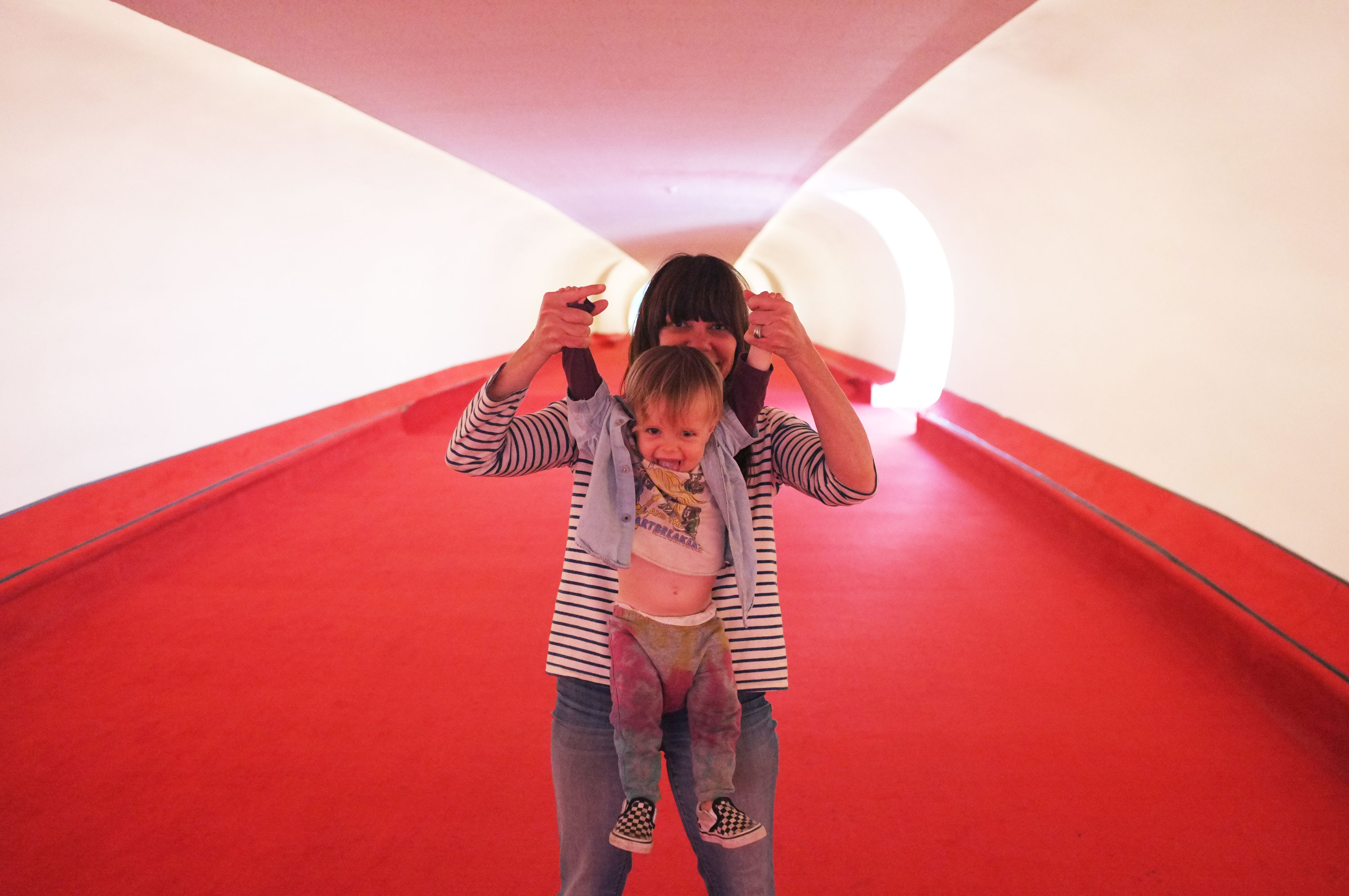