And now, Reader, we bring the post-CMJ week to a close, finding we’ve come full circle.

Monday, when we kicked this whole thing off after two weeks of radio silence and a massively debilitating natural disaster in the New York City area, we featured a Brooklyn band with its sites set on giving back to this city that’s given us all so much. Today, we’re doing the same.

Although Brooklyn’s People Get Ready are new to the music scene as a group, they’re made up of a whole bunch of notable creative types—Luke Fasano (ex-Yeasayer; far left), James Rickman (ex-Lizzie Trulie, ex-Slow Gherkin; far right), Jen Goma (A Sunny Day in Glasgow; second from the right). Steven Reker (second from the left) formed the group after moving to New York from Arizona and performing as a dancer + guitarist in David Byrne’s touring band, working as a composer for Yasuko Yokoshi‘s dance work, and choreographing for Miranda July‘s film, The Future. So yeah, PGR roll deep in the arts cred, both musical and performing. And it shows, both in the subject matter of their songs and in their live performances.

The band premiered a video for “Windy City” just yesterday via NPR’s All Songs Considered. Here’s what NPR’s Bob Boilen wrote about the band:“I saw forty shows during the CMJ Music Marathon this year, and the one by the Brooklyn-based band People Get Ready was by far the most creative. Part of what I love about the band is the way its members think outside the box…way outside the box. For brevity, I’ll describe People Get Ready, led by guitarist, dancer, and choreographer Steven Reker, as an indie-rock-performing-art-dance troupe. This is magical musical theater. In the carefully orchestrated live show I saw during CMJ, the video featured here was actually one of the props the band used. Picture this: Some of the group’s members stand off to the side of the stage making music while two other members “play” the Masonite flooring. They pull up floor panels, make them wobble and buckle and generally create cool sounds. At some point the panels fly into the air using hooks and ropes, and – bam! – projector lamps come on and play this very video on the panels.”The video mentioned (which you can watch below) is for the song “Windy City” and both the video and song itself are inspired by Cindy Sherman‘s Untitled Film Stills—a longtime favorite Sherman series of ours. As PGR’s Reker puts it:

“I spent a long time looking at those pictures, and then I got so into them, I mean really in to them. I found myself wanting to see things from the perspective of the characters she had made. So the song is basically me having this desire to take over her spot in the picture – forever. It’s a dialogue. I try to do it, it’s fine for a bit, but I end up getting super tired because I can’t hold the pose as long as she can. And then I imagine I’d rather be an inanimate object. Like I’d rather just be her dress or the glass that she’s holding, the match that she’s striking, the book she is getting off the shelf, and stuff like that. All these objects are endowed perfectly by her, the way she handles them. It’s very romantic to me, not in a lovey-dovey way at all but in the way the work feels…livable. It’s a livable world she made.”

The video was directed by Ty Flowers and shot on Governors Island, where the band held their residency this past summer. And yes, it features the band members dressed up in gold lamé + Statue of Liberty outfits, respectively.

Watch the video and click the player to give the infectious, jangley, upbeat “Windy City” a listen. If you like what you hear—which you really should if you’re not an cold, unfeeling robot—head over to the band’s bandcamp page to listen to the full album and buy the digital vesrion. You can grab the vinyl + CD over at Brassland, the artist-operated independent record label started by Alec Hanley Bemis and Aaron and Bryce Dessner of the National.

Where does the NYC disaster relief come in? People Get Ready are playing a show next Wednesday at Williamsburg’s Death by Audio—an intimate little space that I’m betting’ll be perfect for their performance—with Formica Man + Grooms. They’ll be using the show as an opportunity to collect donations for New York areas affected by the storm (the Rockaways, Staten Island, Coney Island, and Red Hook). Most needed items as of now are coats, hand warmers, diapers, baby food, blankets, sleeping bags and hypothermia blankets, batteries (D), carbon monoxide detectors, fold up chairs and tables, sternos, and catering equipment. They’ll be updating the list—which you can see on the event’s Facebook page—up until the day of the show.

Peace out, Reader, and let this first-class tune lead you into a wonderful weekend. 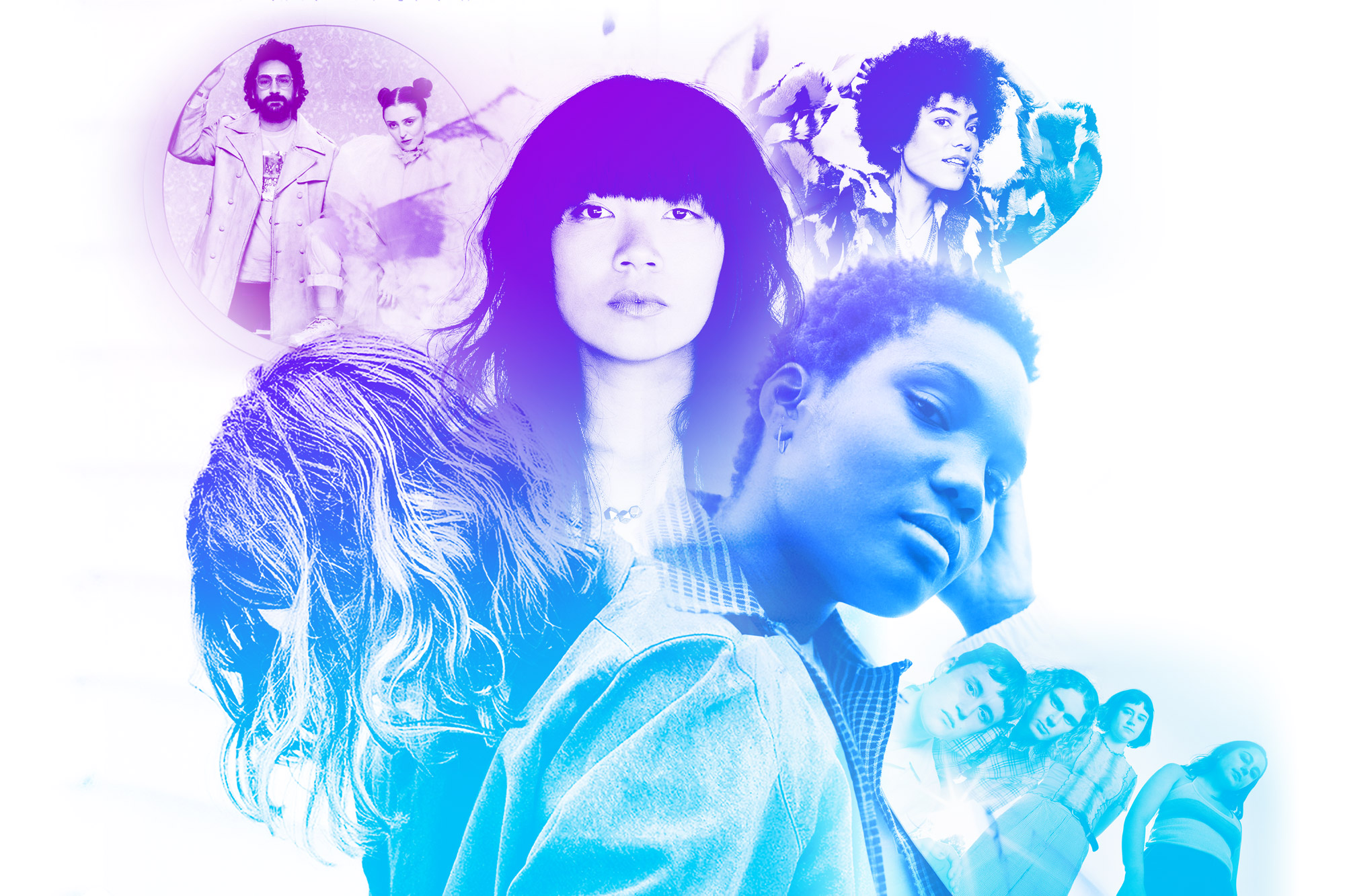