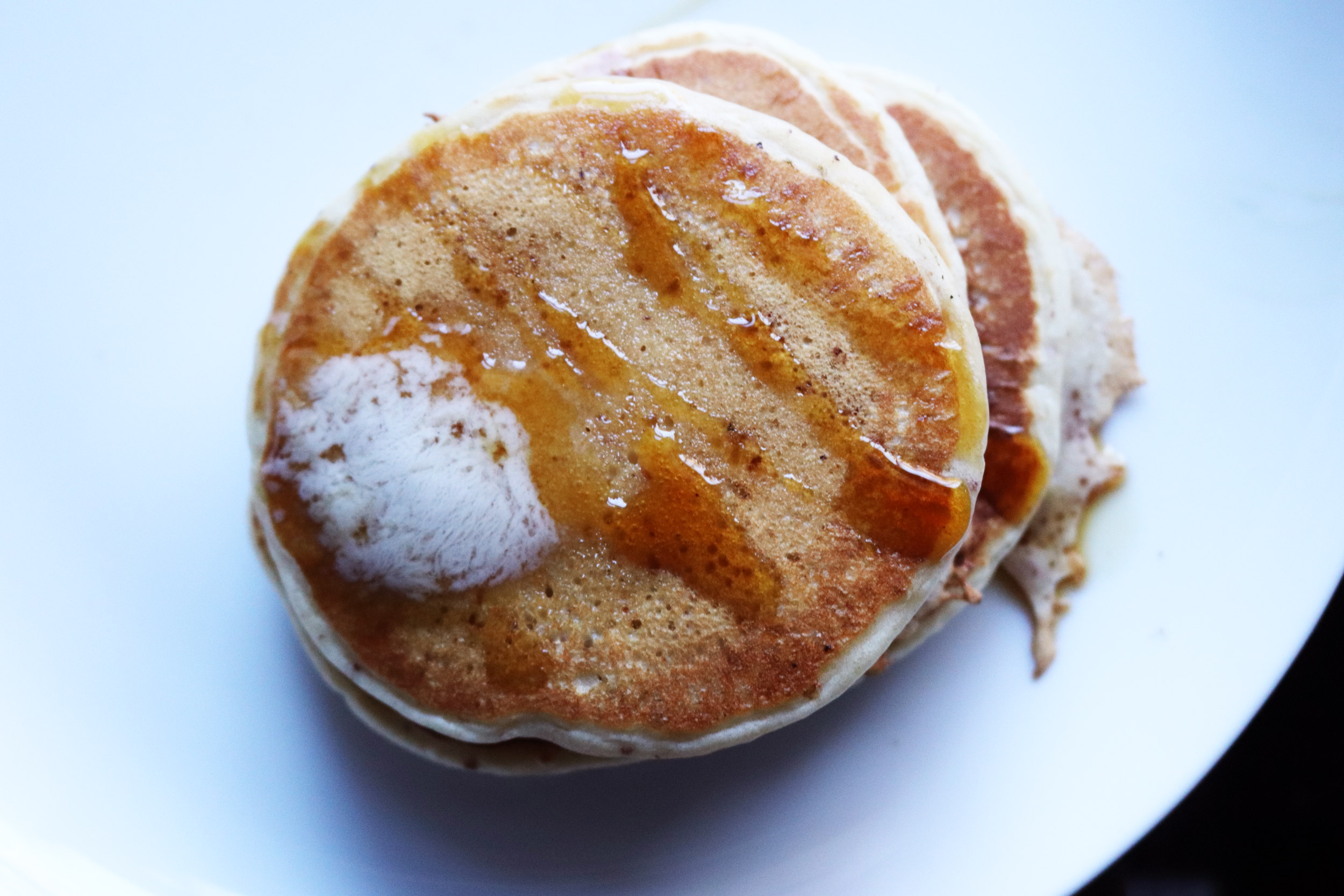 Not to start with TMI right off the bat when we have posted on these pages for the past few months, but we’ve had some big work + life changes of late. Resulting in the fact that I’m currently writing this from a desk in central Virginia, where we’re both originally from and where it’s currently feeling extremely autumnal. Maybe part of it’s having spent the last seven years in Los Angeles, but the general scene here has us vibing hard on fall. Leaves changing color, the crisp feel to the air, rainy days—it’s all got us feeling cozy and craving comforting foods.

Which led us to make a house regular for our toddler, Nico, but something we as adult don’t enjoy nearly often enough—pancakes. Or flapjacks or griddlecakes if you’re feeling particularly lumberjack-y. Our go-to recipe has long been from friend and über-vegan cookbook author, Isa Chandra Moskawitz, and her classic, Vegan Brunch, which you should buy (and/or, get her new book, I Can Cook Vegan).

We reached out this weekend to see if it’d be cool for us to post that recipe for Perfect Pancakes here and she said it was, so here it is (and thanks, Isa):

So, not to dishonor the greatness of our friend Isa, but, as with many recipes, we do fool around with this one a bit usually, not that you have to. Ingredients and instructions are being shared as originally printed here, but we usually use fresh-ground cinnamon from a stick, because we really dig it. And we usually use that La Tourangelle Sun Coco Oil Blend because we also dig it. Then we usually opt out of the water, using all plant milk instead just to have them come out a little more richly (so, 1 1/3 – 1 7/12 [yes, I had to look that math up] plant milk). And sometimes we make them gluten-free or gluten-less by subbing half or all of the wheat flour with almond or rice or a combination thereof. But that’s it—no more messing around; this recipe really is pretty awesome, simple, and fool-proof.

So here’s how it reads in Isa’s book Vegan Brunch (and I think in Vegan with a Vengeance too, where it originally appeared).

Preheat a large skillet over medium heat for at least 2 minutes (and up to 5 minutes).

In a large bowl, sift together the flour, baking powder, salt, and cinnamon. Make a well in the center and add the oil, water, milk, maple syrup, and vanilla. Mix just until ingredients are combined. A few lumps in the batter are just fine.

Spray the pan with a light coat of cooking spray (or a very light coat of oil). Pour pancakes one at a time and cook until bubbles form and the top looks somewhat dry (about 3 minutes). Flip over and cook for another minute. Serve! 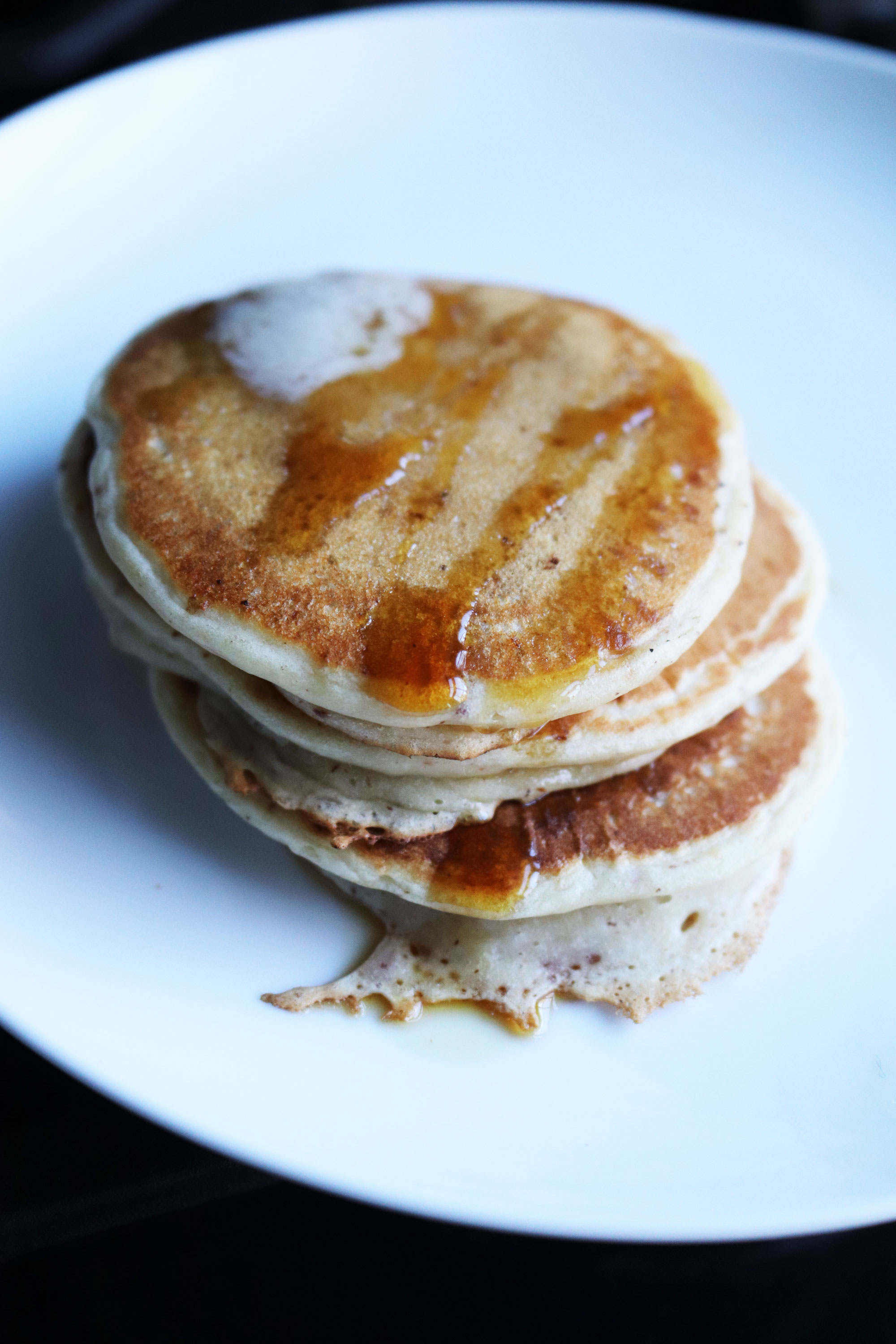