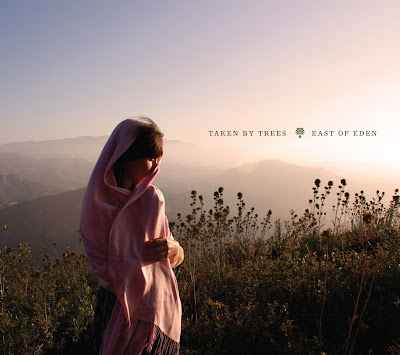 I’ve been obsessed with this week’s song of the week since I heard it recently. Watch the Waves is the first off the sophomore effort by Swedish singer Victoria Bergsman, AKA—Taken by Trees. Bergsman is probably best known for her work in the band the Concretes and the one who’s not Peter Bjorn or John singing on that ever-present song from a few years back, Young Folks (remember how good?). Anyway, Bergsman took her sound in a completely new direction with this record, picking up a heading to Pakistan to record with traditional musicians native to the rural areas there and creating a total east-west smash-up. About half the record was made outside because, as Bergsman puts it, “when you take the music into a studio, the creativity and the playfulness in the music often gets lost.” Check out the National Geographic video below. Very interesting piece with Bergsman talking about how she made the album and just the relative culture shock of being in Pakistan.

I very much admire Bergsman for trying to create a wholly new thing with this record. Her last album was good, but it didn’t stand out nearly enough among the many Feist-ish singers and song-writers who are crafting great songs, but songs that don’t necessarily stand out as unique or wholly un-generic. This really does sound like something new that required much creative effort to achieve, and not in the “Wow, this humming, skipping, whirring loud song is really…unique” way. In a “My god, I really love this song because it’s easily accessible for me as a westerner but is infused with this other-worldliness and unique peacefulness” kind of way. Or something. Point being, it’s good AND unique. Take a listen (to the right there) and see what I mean.
East of Eden, the second record by Taken by Trees, comes out September 8. For anyone in the NYC area, Other Music and Swede Beat Magazine are hosting a listening party this Thursday, September 3, at 9PM at Stanton Public—16 Stanton Street, between Bowery and Chrystie.
MORE