Looking back at India Week so far—our blog’s very first themed week—we realize the cast of things has tended toward the negative.  First declaring there’s no good indie music in the entire country of India, then interviewing our good friend, Shehzad Nadeem, on his new book about the effect outsourcing has on Indians. Not wanting to give the impression that we are ‘haters,’ as they say, we now take a turn in the week for the positive with what many, ourselves included, count as their sole or at least primary exposure to the country and its culture: FOOD!

I wasn’t really introduced to Indian food proper until college. Blame southern Virginia. Or the early nineties, your choice. Once the two of us were introduced though—Indian food and I—we became life-long friends. But, little did I know at the time, whereas the wilds of Indian cuisine are insanely easy to navigate as a vegetarian, they’re rather perilous for a vegan, with cream and clarified butter—ghee—hiding in many a dish. Who knew?! One such dish that is usually off limits for vegans is malai kofta, malai meaning clotted cream, kofta meaning minced up meat—or, in Inidian food, usually vegetables and nuts—and formed into balls. But rejoice! After a little bit of trial and error, Katie and I worked up what we must say is quite a nice vegan version that you can make at home. We’ll admit—it’s a bit intense, work-wise, but it is TOTALLY worth it.

So, first off, if using fresh spices, place the cumin, cardamom, and coriander in a warmed skillet and heat over medium heat, swirling them around to evenly brown everything for about five minutes. Lower the heat a bit of swirl more if the cumin starts to pop out of the skillet. Let the mixture cool and then transfer them to a coffee or spice grinder, grinding them into a fine powder.

At this point we like to focus on making the kofta—the nut-vegetable balls—and then start in on the sauce. Boil the potatoes in a large pot with enough water to keep them submerged. Cook for 10 to 15 minutes, until they’re tender to a fork, remove from heat and drain. In the meantime, saute your cauliflower, carrots, chilies, and peas in about a tablespoon of oil in a separate skillet over medium-high heat uncovered for about 5 or 10 minutes to brown the edges on everything, stirring often. Lower the heat to medium-low and cover, cooking until everything’s very tender, about 30 or 40 minutes. While  your vegetables are cooking, blend your nuts until fine in a blender, coffee grinder, or food processor. Ouch, right? Once all that’s done, add everything—spice mixture, additional spices (chili and paprika), vegetables, and nuts—to a large mixing bowl and thoroughly mash it all together by hand. It’ll be a bit chunky still but cohesive when you’re done. Now, gingerly form the mixture into good sized balls—3″ in diameter or so, but whatever seems to stay together for you—and, in a skillet on medium-high heat and filled a couple inches deep with oil, fry the balls until browned on the outside, carefully turning with a fork or spatula to brown evenly. Do these four or so at a time and, once browned, set them aside in a dish with a paper towel to absorb excess oil. Repeat until you’ve used up all the mixture and then set the kofta aside. On to the sauce!

If you’ve got a big stove and a bunch of skilled hands, you can certainly have one person prepare the sauce as another makes the kofta. For the sauce, saute your onions in a large skillet on medium heat with one or two tablespoons of oil until they become translucent and the edges brown but don’t burn (5-10 minutes). Next, add the garlic chunks and brown for about five minutes. Now add the diced tomatoes, ginger, and vegetable broth to the skillet, stirring everything together and covering. Cook for about 15 minutes, stirring occasionally and allowing the tomatoes to break down a bit. Remove from heat and allow to cool a bit. Now either add the mixture to a blender or, if you’ve got one, use an immersion blender (they rule) in the pan to purée into a smooth sauce. If you’re using the immersion, be careful to make sure you don’t get it all over yourself or the walls. Generally, it’s best to use one with a  deeper dish that allows you tot totally submerge the head of the blender. If you used a conventional blender and removed the sauce, now return it to the same large skillet and simmer on low. Stir in your tofu cream cheese allowing the sauce to lighten and become creamy. If you’re trying to avoid soy, we’re thinking you could also make a cashew cream by blending soaked raw cashews to an equal amount, but we haven’t tried that ourselves. Next time! Once the sauce is creamy and tasty enough for you (add spices and/or salt as you like), gently add the kofta and simmer uncovered for 5 to 10 minutes, turning the kofta balls to coat them but keeping an eye on them so they don’t break down too much. They may break apart a bit, as they’re pretty delicate, but they should stay together for the most part.

Serve with basmati cooked with whole cardamom pods and, if you’ve got it, some nice Indian bread. 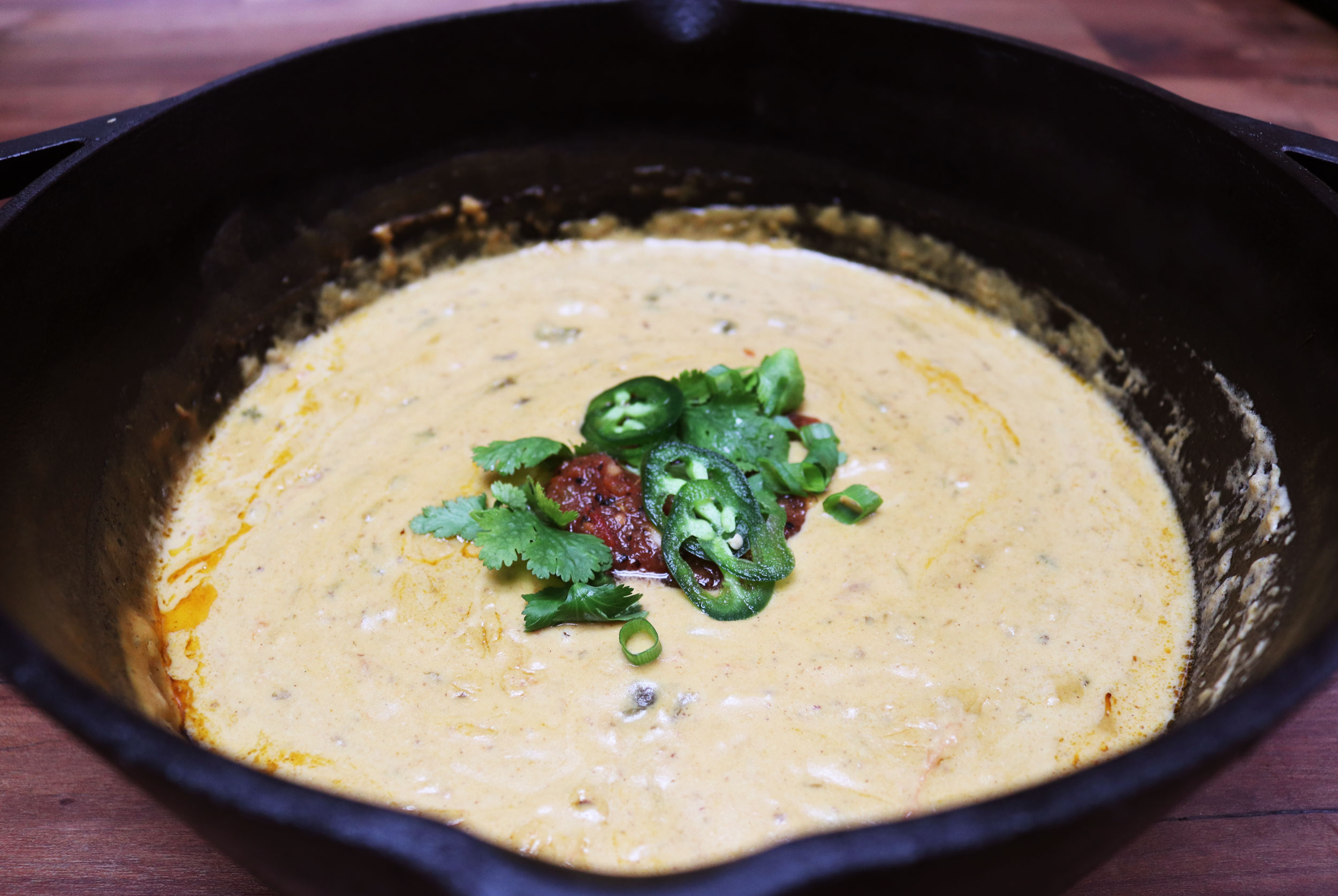