Vegan seafood has always been one of those things that—pardon my French, Reader—strikes us as 100%  fucking gross.

I mean, we’re talking about replicating creepy, scaly, slimy creatures that lurk around in the depths of the ocean—some have weird eye stalks, some have bizarre armored bodies, some have CLAWS FOR GOD’S SAKE—all so we can eat them. Why would we want to do that‽ It’s like someone who’s lost their sense of smell wanting to recreate the Lower East Side during a summertime garbage strike!

At the same time, seafood is one of the things I miss most from my not-so-animal-friendly childhood. I still remember a friend of mine schooling me in the early 90s on the best way to prepare and pace myself so as to be able to take full advantage of the all-you-can-eat seafood buffet in the Outer Banks. Classy, right?

Well, if you’re interested in a nice vegetarian alternative to seafood, newcomer animal-friendly company, Sophie’s Kitchen may just have exactly what you’re looking for. The Taiwanese company gets their name and inspiration from the founders’ little girl, who, in addition to being super-cute, is also allergic to most seafood. Unlike Brad’s Organic though—one of our retail mortal enemies—Sophie’s brands their products with a classy logo instead of, oh, I don’t know, THE DISEMBODIED HEAD OF THEIR CHILD. God. We really hate that packaging. Anyway, back on-point, ‘lil Sophie (along with some help from her parents I should hope) produces a wide range of vegan ‘seafood’ products—from really great ‘fish’ fillets reminiscent of fast food fish sandwich fillets to ‘calamari’ + various kinds of shrimp-like products.

I know—’shrimp-like products’ doesn’t exactly get most of us salivating, but what we’ve tried from the company is, on average, really great. We’d recommend veering toward the fried products—frying anything makes it better anyway and most of the textures are well-complimented by the various breadings they use.

Our favorite—Sohpie’s Vegan Crab Cakes, pictured above. Despite our respective southern upbringings, Katie + I were never huge fans of real crab cakes, but these offer up a nice realistically fishy flavor (derived from the seaweed powder used in the mixture) and have a great consistency that pleasantly recalls their meaty counterparts. What’s more, they’re soy-free, gluten-free, and largely comprised of pea protein, potato starch, and root of konjac—a plant native to Japan, China, Korea, and Indonesia widely used in Japanese cuisine. Konjac powder’s is a good vegan substitute for gelatin and is low in calories, yet high in fiber. So that’s cool.

Sophie’s also makes the mission of oceanic preservation integral to their business model, donating 5% of their net profits to help preserve the ocean’s species and their habitats. Again—cool.

The company’s products are starting to be offered in stores pretty widely now, but if you’re wondering who near you might carry their vegan seafood, visit the company’s store locator page. You can also order online from Maryland-based Pangea + Wisconsin-based Vegan Essentials and Sophie’s is currently offering a coupon you can download from their site (upper right). Let us know what you think! 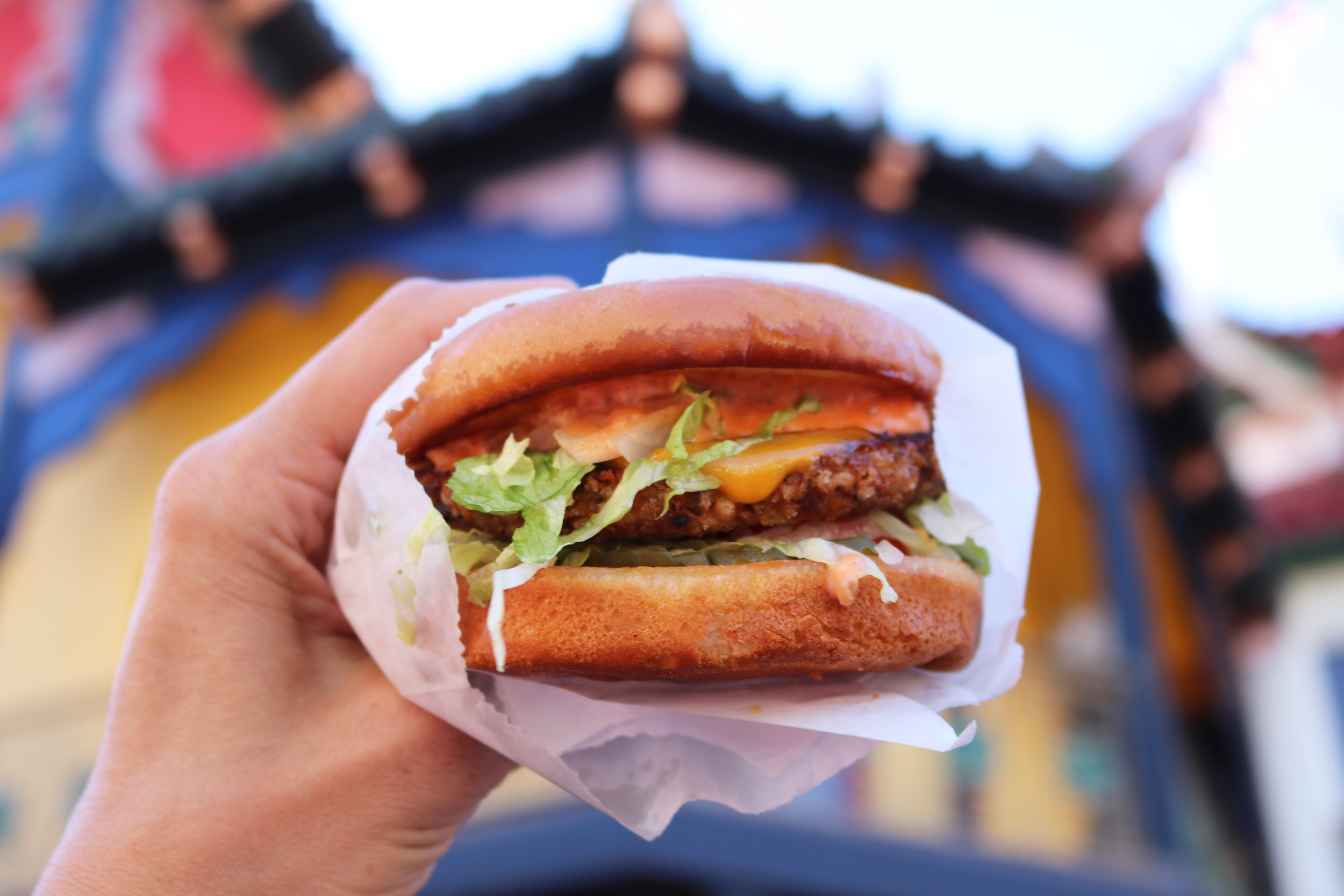