From the Nest | Urban Rustic

Like we mentioned when we first announced that we would be sponsoring At Last I Am Born—the celebration of all things Morrissey at the Bell House next week—we’re helping to make the event as animal-friendly as possible, both to reflect Morrissey’s outspoken stance on animal rights and because, hey, we like animals. We’ve been talking your ear off about vegan giveaways for the past few weeks (you’ve still got time to enter this week’s, by the by) but clearly we’ve also got to have stellar vegan food at such an event.Which is why we’re excited to announce that local food purveyors Urban Rustic will be offering up two in-house vegan specials the night of the event—a southern vegan BBQ seitan sandwich with a vegan cole slaw + pickles and an Asian-inspired vegan ‘meatball’ dish (both pictured below).

For anyone who doesn’t already know Urban Rustic, they have a lovely Adirondack-esque, lodge-like space in Williamsburg out of which they serve—among other things—creatively put together sandwiches on house-made breads with farm-fresh ingredients. They also act as the regular food vendors at shows for the Bell House and have graciously agreed to go veg for the night in honor of the great + powerful Moz.

So, as you’re tapping your foot or full-on rocking out to the sublime tunes of The Sons & Heirs next Wednesday night, don’t forget to venture out to Urban Rustic’s booth to enjoy the night’s featured edibles. While you’re there, be sure to stop by and say hi to our friends from MooShoes, who will be set up right next door with choice animal-friendly wares of their own for sale. 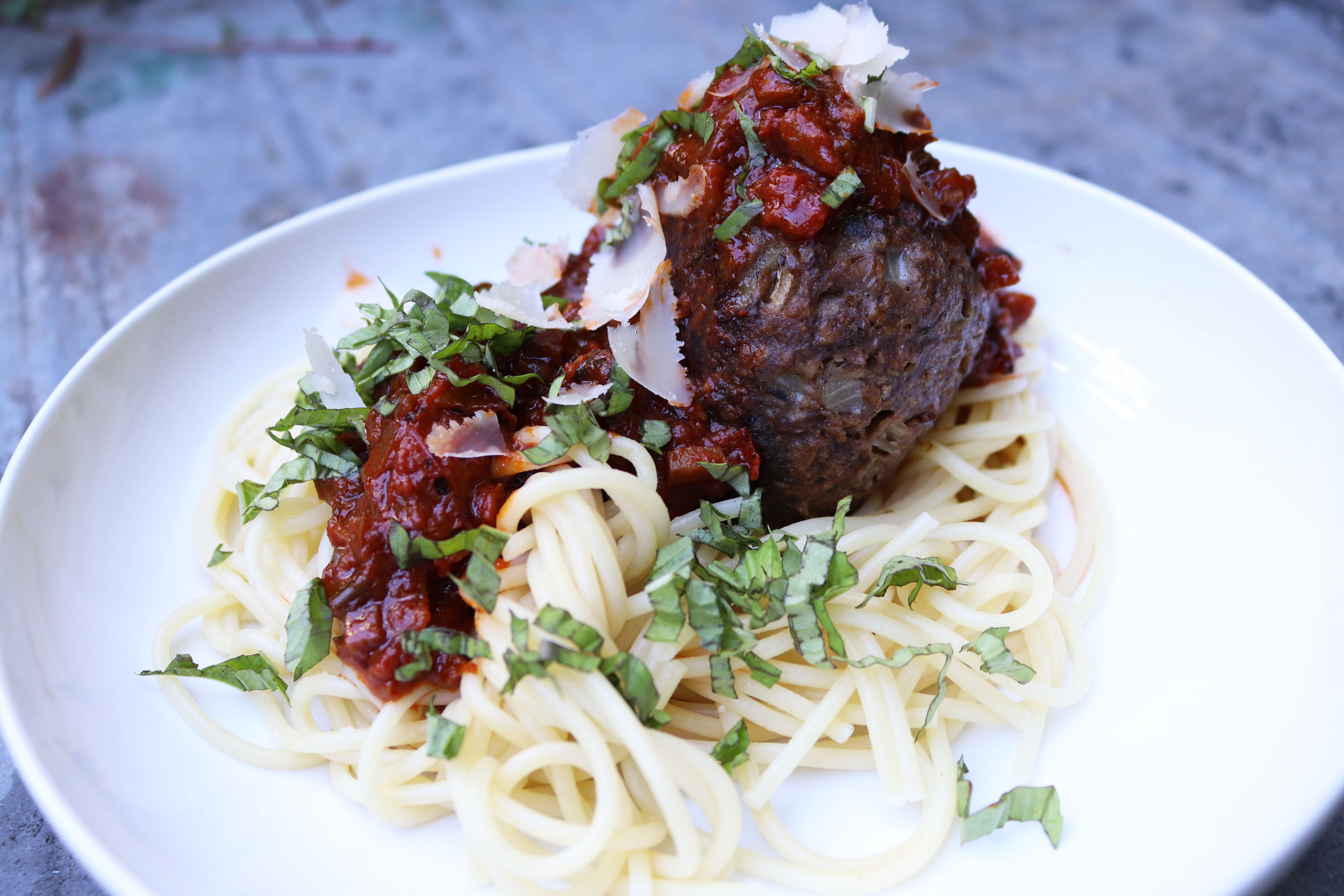