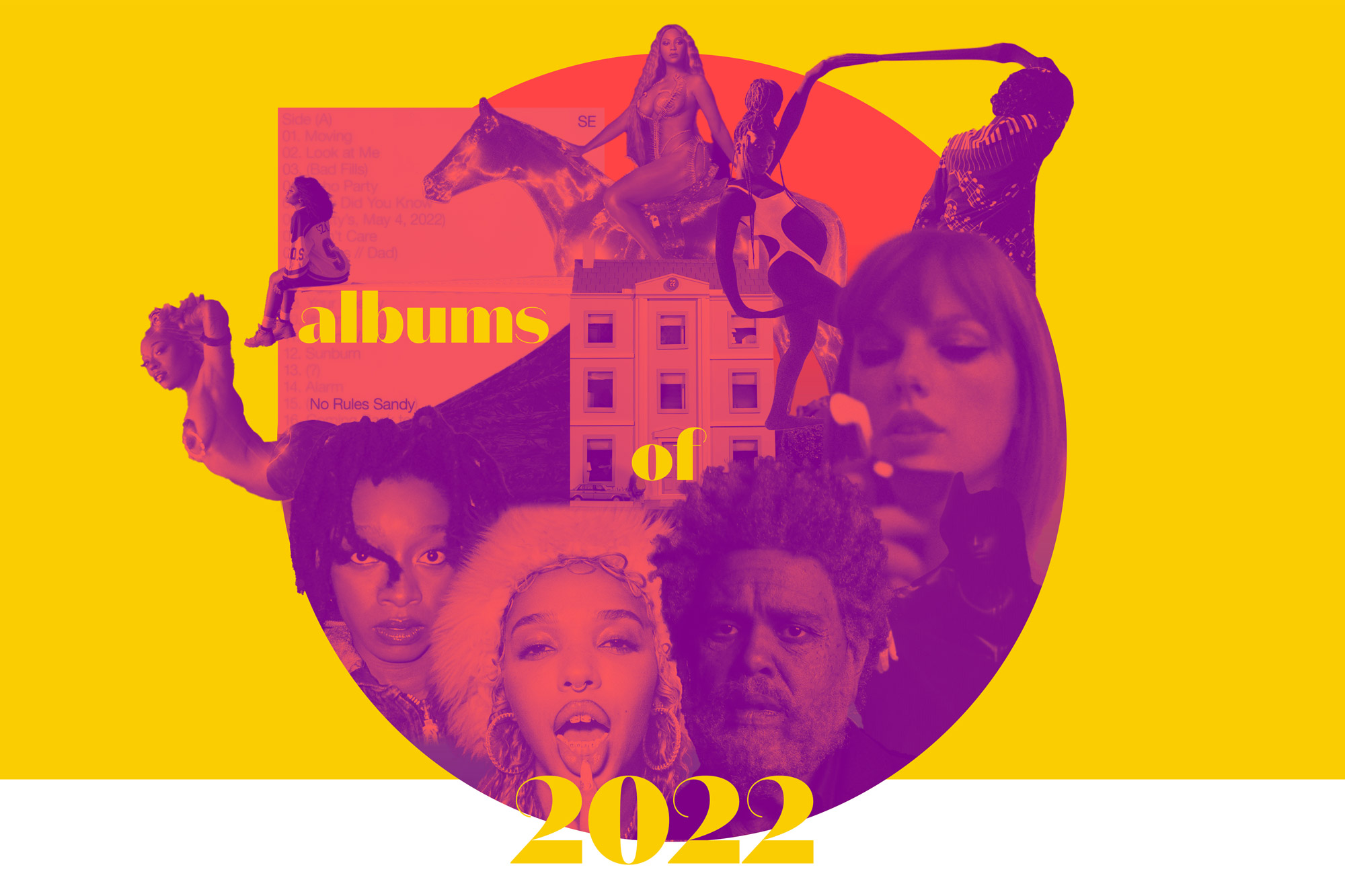 I know, I know—we usually wait until early in the following year to do our best albums of the previous year and kick them off with a huge diatribe against the establishment ‘best of’ lists that come out in November when there’s a whole nother month or two of the year to go in which artists can and do still release albums and reviewers should just pump their breaks because the year’s not over yet, man.

But we prepared a little more than usual this year, so here we go—our favorite albums of the year and a playlist to commemorate those albums, on the penultimate day of that year.

I will say before we dive in, easily two of our favorite albums of the year—SZA’s + Little Simz’—came out mid-December and are noticeably absent from every single best albums list I’ve seen.

And, though we usually keep the albums to a top ten in the illustration, we couldn’t cut beyond these top eleven—they’re just all too good. After whose first eleven tracks from our favorite albums, our playlist features songs from an additional eleven favorite albums beyond that top set, and we encourage you to check them all out—each of the two sets is in order of release, not top to bottom.

Here are those top eleven in that same order: 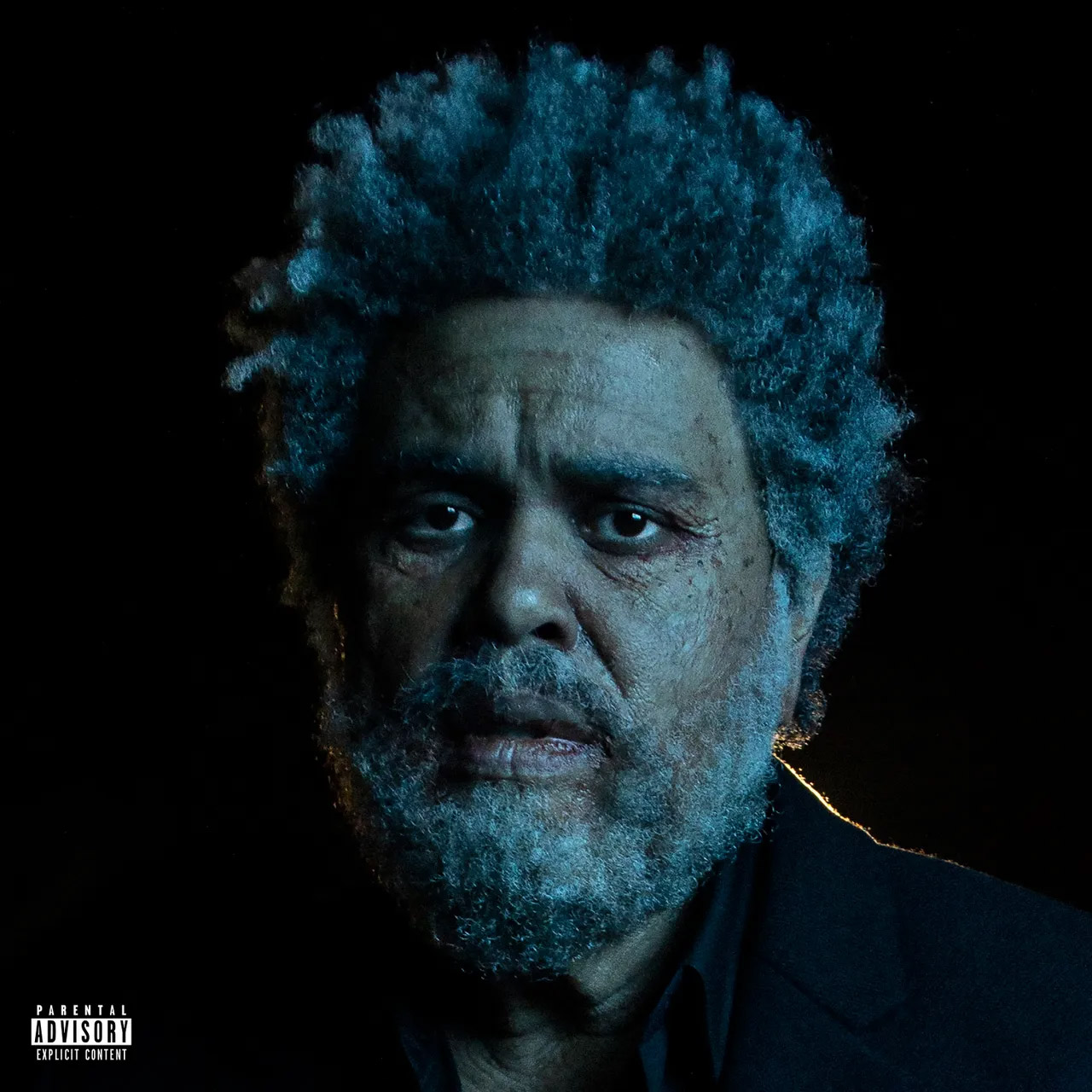 Our year-end lists don’t usually include so many stadium-packing, Super Bowl halftime-playing artists, but it would totally disingenuous to pretend like this year’s albums from Beyoncé, Taylor Swift, and this one from The Weeknd weren’t some of our favorites. Dawn FM came out a mere week after the start of 2022, and its still burned into our imagination—a testament to its staying power. First, the beginning-to-end commitment Abel Tesfaye (AKA The Weeknd) has to the concept is impressive—maybe best described as a retro FM radio show wrapped around an eerie death cult meets LOST? Maybe? And his and Daniel Lopatin’s (AKA Oneohtrix Point Never) unabashed tribute to the synth-soaked 80’s is so weirdly delightful and and edgy and fresh, it somehow totally sidesteps being derivative. We just love this album, mainstream or no. 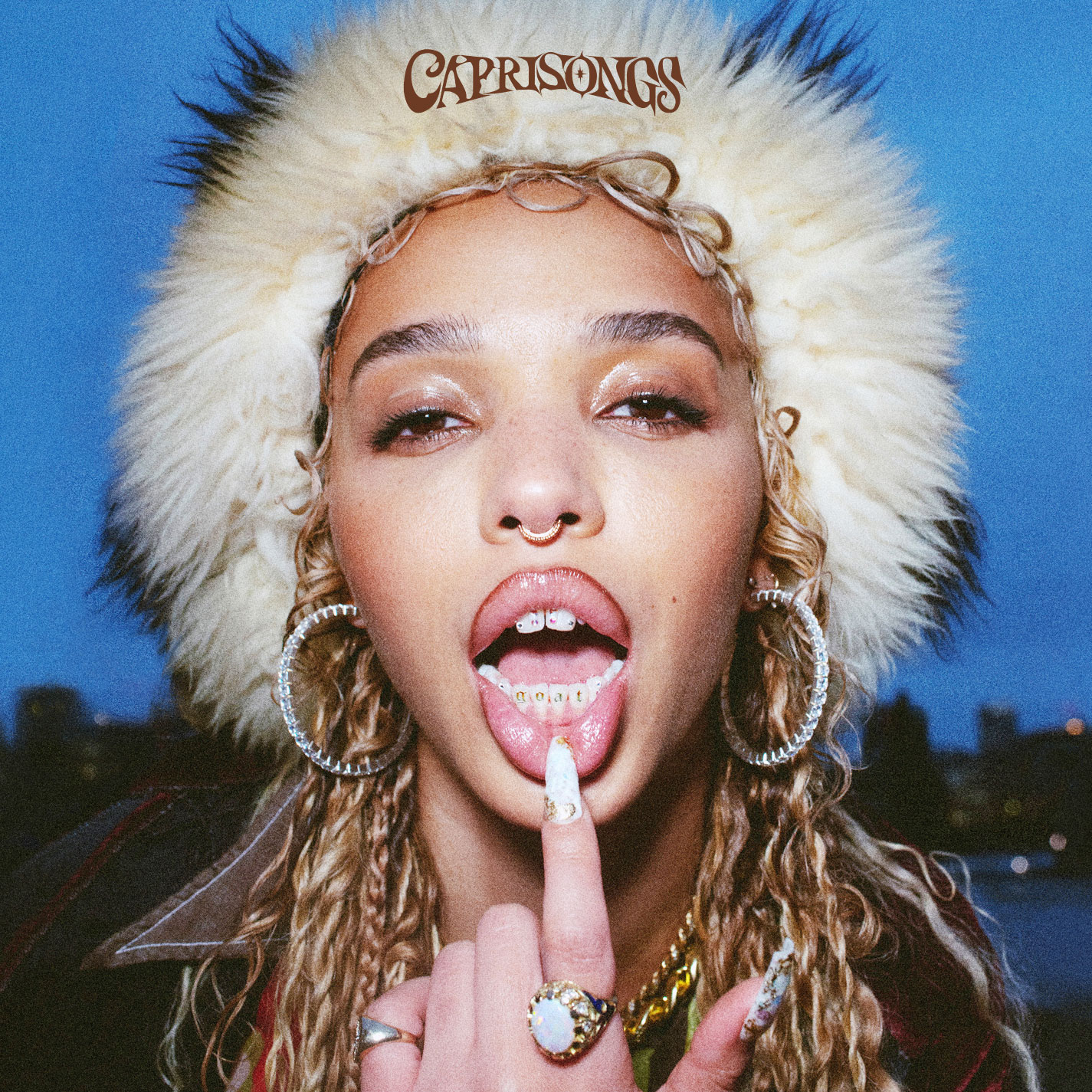 Tahliah Barnet—Twigs—released CAPRISONGS as a mixtape a week after Dawn FM debuted (The Weeknd actually guests on the lead single, “Tears in the Club”) but its one of our favorite releases of the year, whatever you call it. Co-host of KCRW’s Morning Becomes Eclectic Novena Carmel said as much at its release, but, with the little conversational in-betweens and bits of voicemail, you feel like you’re hanging out with Twigs and her very cool friends while receiving a healthy dose of affirmational before attending a long-awaited dance party again after the shit years we’ve all had. Plus the songs are exceptional and dynamic. 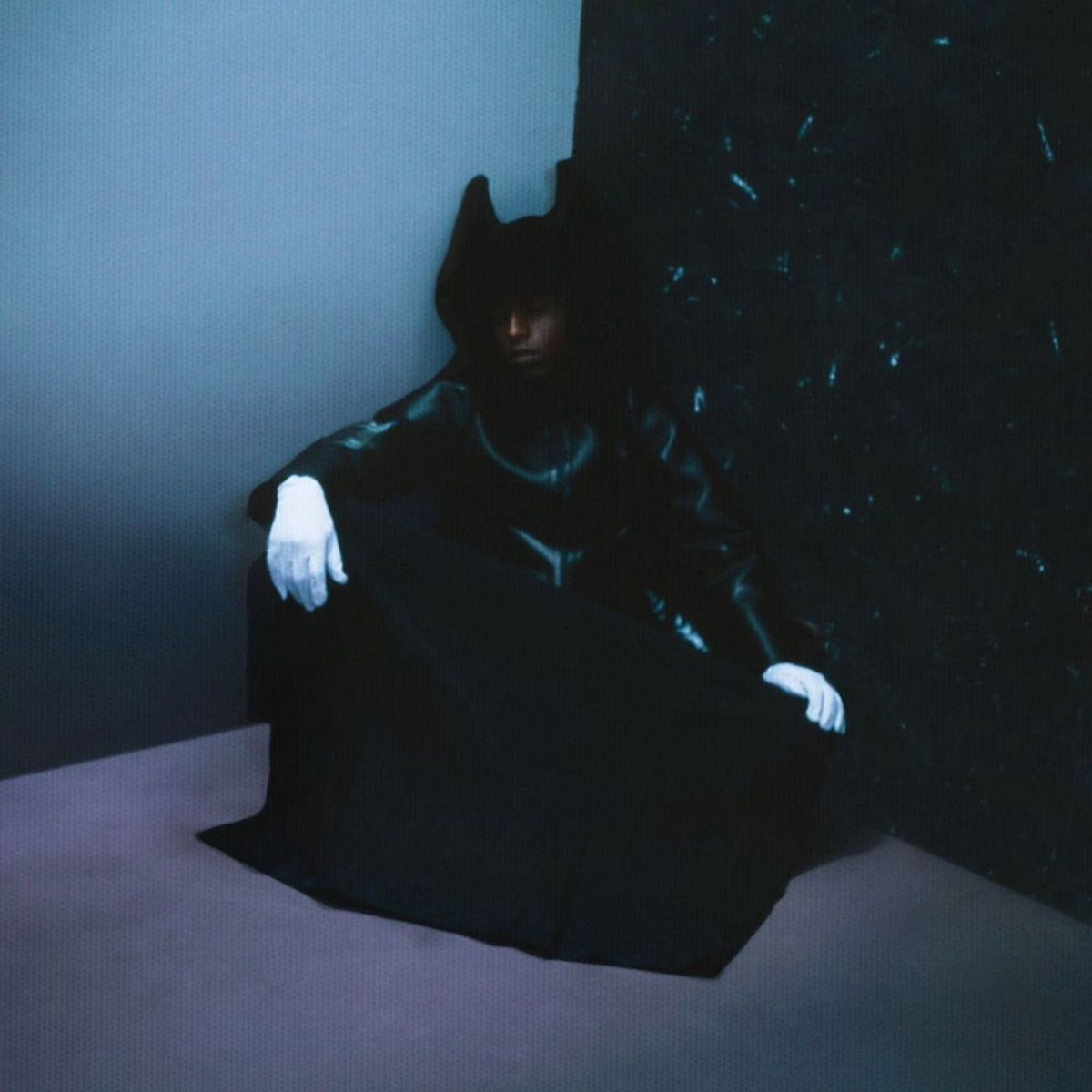 We’d been excited to hear more from twenty-something Londoner Abubakar Baker Shariff-Farr—better known as Bakar—since we’d heard the poppy single “Hell N Back” in 2019. But no way did we expect such an all-over-the-place-in-the-best-possible-way debut studio album like Nobody’s Home. He writes and sings and raps and shouts about everything from the experiences of being the kid of immigrants to personal and systematic injustice to just being someone who sometimes feels like he’s always fucking up. And he does it with such skill and over such beautifully written music—this was a favorite as soon as we heard its 14 tracks. 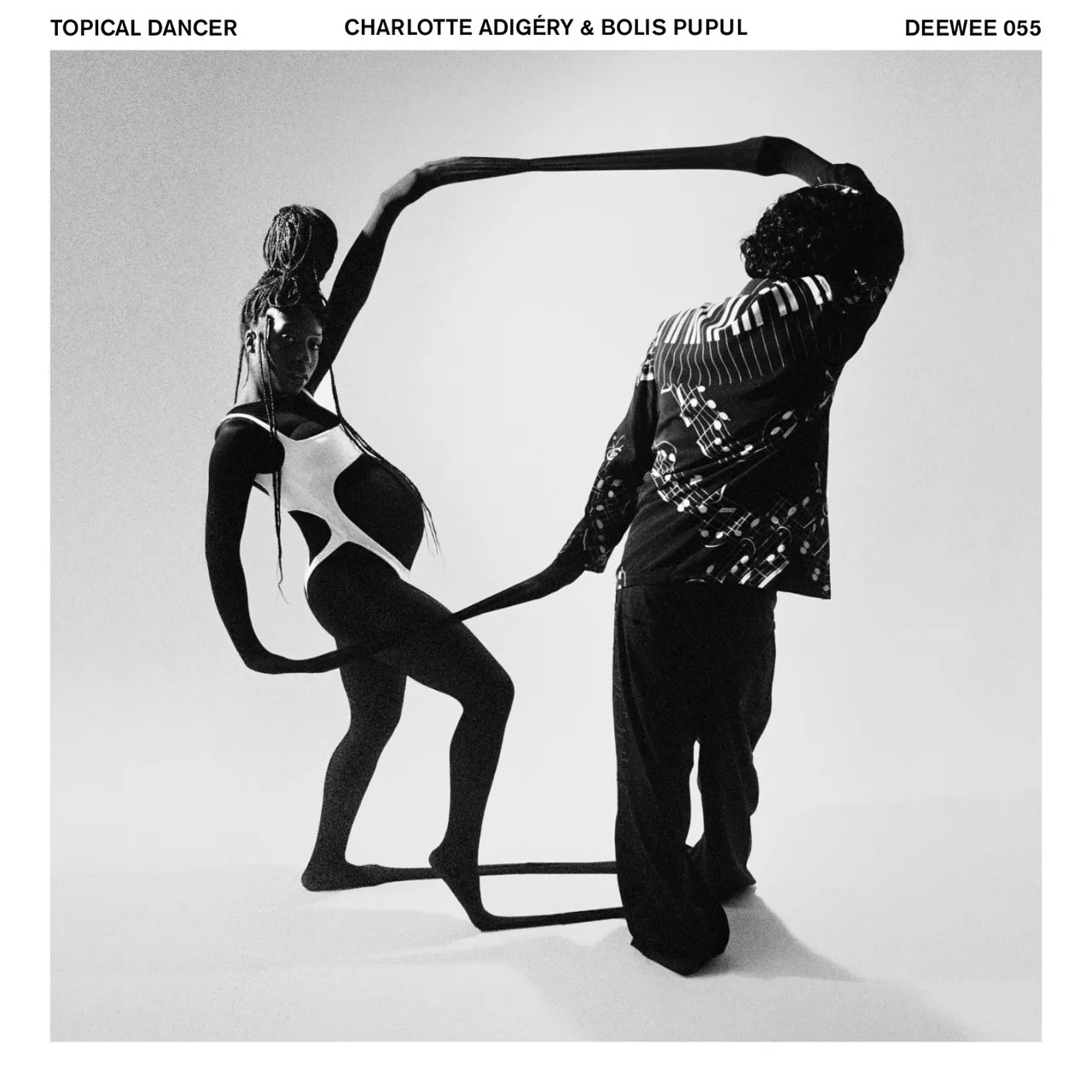 We first came across Charlotte Adigéry while researching for a mixtape series we did with Whalebone Magazine in 2020 to amplify Black voices. Adigéry was listed in what was then called Blackbandcamp (now widened to include non-musical artists and called the Black Artist Database) We fell in love with her EP at the time, Zandoli—which, it turns out, was released by the duo under Adigéry’s name—featuring the track “High Lights” on the mix that accompanied the article. The debut full-length from Charlotte Adigéry and Bolis Pupul as a duo in name as well, Tropical Highlights, retains and cultivates the duo’s sharp wit and tongue-in-cheek commentary on life and brings it together with even more impressive glitchy, weirdly beautiful electro pop. The track we included in the mix fit better between Bakar and Beyoncé, but here’s a lyric video for one of our favorite tracks that exemplifies the sharpness of the duo’s witticism and writing. 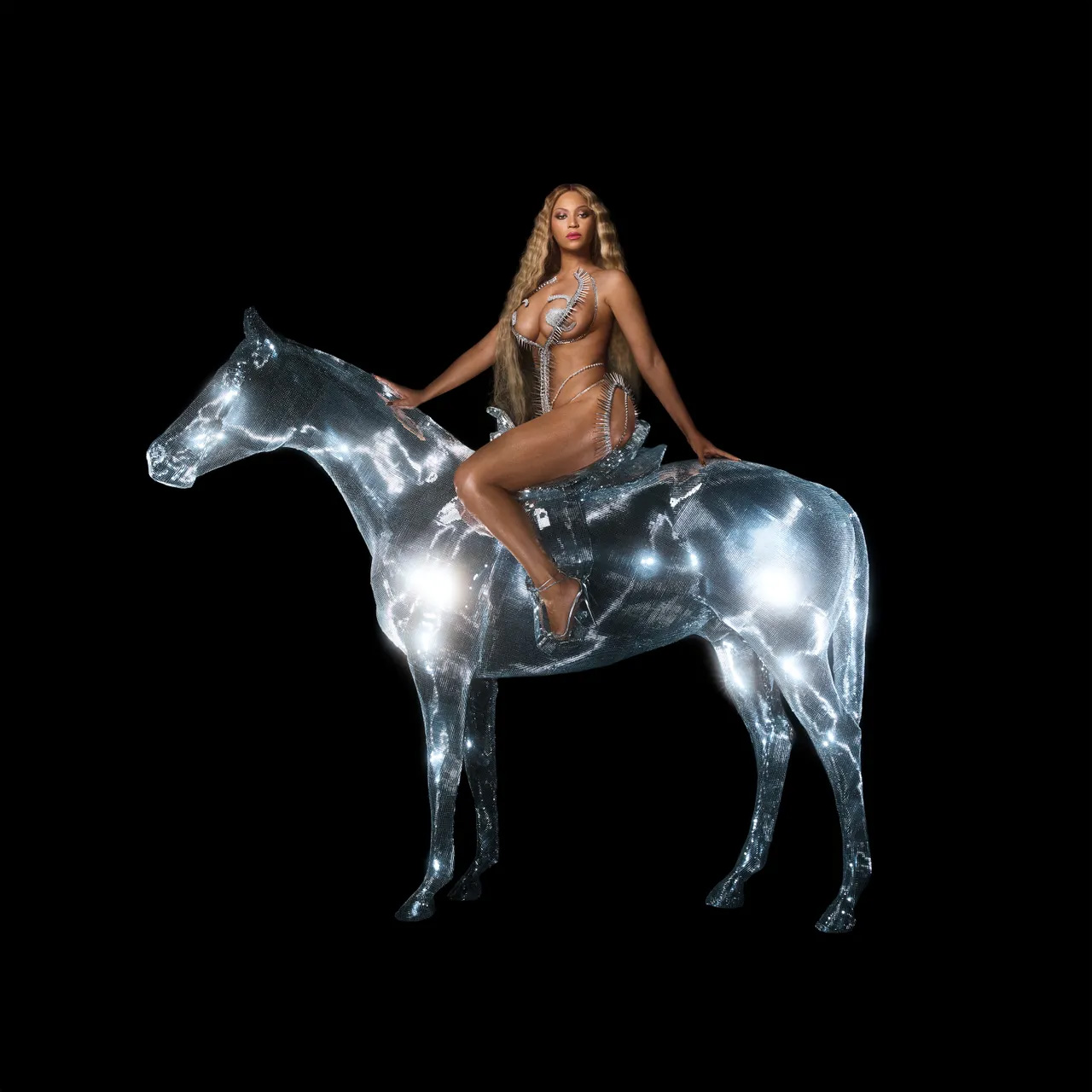 I don’t know if we need to justify this pick to anyone in the world or say much of anything, do we? It’s the disco dance party we all needed and Beyoncé at her very best, with clear references to popular culture’s past—even down the Studio 54 nod with the cover art—that honor more than borrow, pushing the music to a new level with clear joy and no filter whatsoever. It’s a beautiful dance party that celebrates life, love, and freedom—near perfect. Our only worry—how could she possibly top this? I guess we’ll find out…. 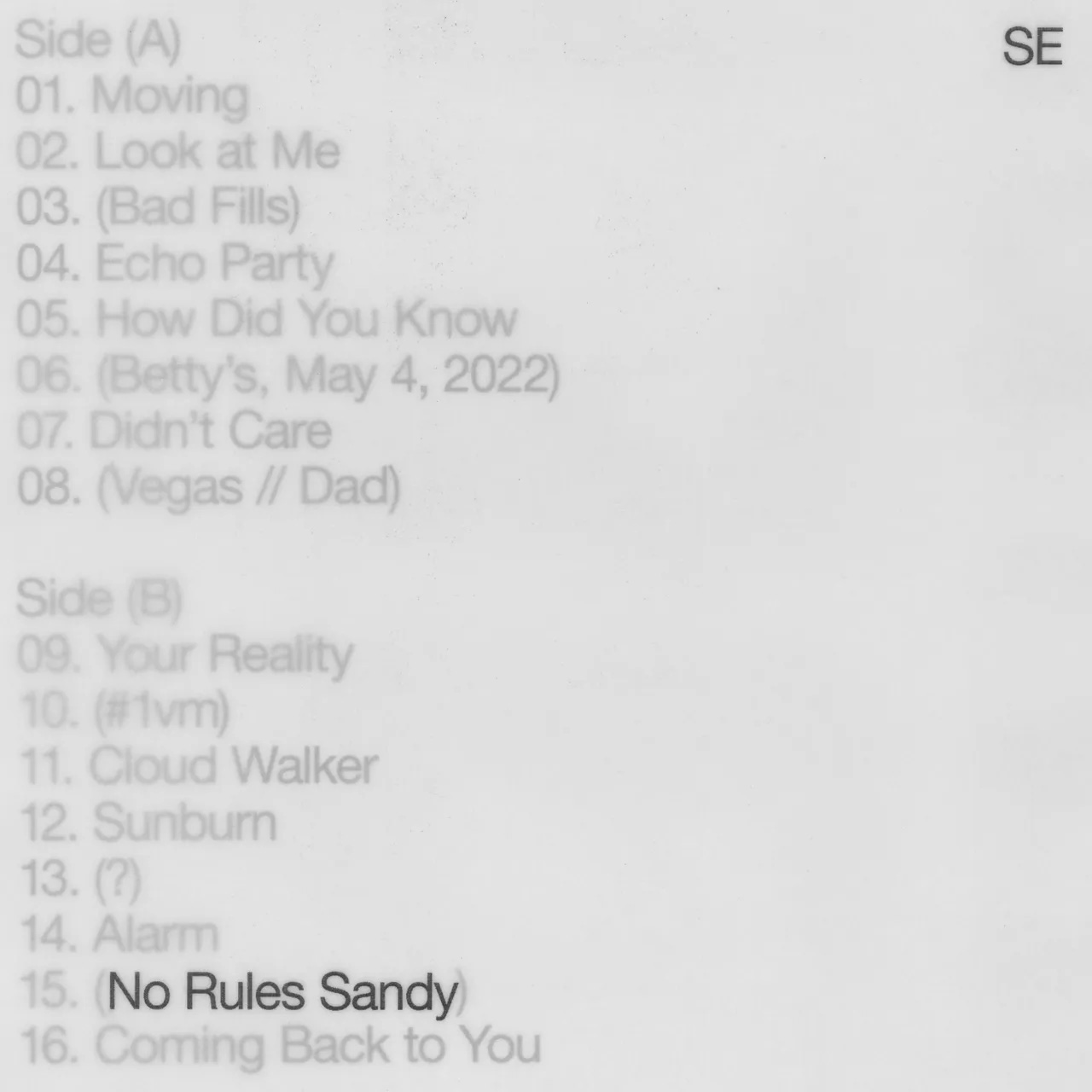 We’ve loved these guys since we first heard them on the 2014 edition of NPR’s beloved SXSW mixes leading up to the music and arts fest. We caught them at Coachella the following year and they’ve been one of our favorite bands ever since. This album follows 2020’s Free Love, a beautiful and slightly more sombre studio album from the duo that they spoke of as their first truly collaborative one (with the previous two studio albums, singer Amelia Meath largely stuck to lyrics and singing while Nick Sanborn [“Sandy”] kept to music and production). No Rules Sandy is the product of three weeks spent in a rented house in Los Angeles, when the duo was meant to be presenting at the 2022 Grammys and spend time with friends, all of which was canceled due to the Omicron spike early this year. So they found themselves trapped in a house on a strange pandemic “vacation” with all their recording equipment. The result—No Rules Sandy—is self-described as an experiment in improvisation and it frees up the sound Sylvan Esso has curated over the years, growing it into something new and exciting. We can’t wait to see what comes next. 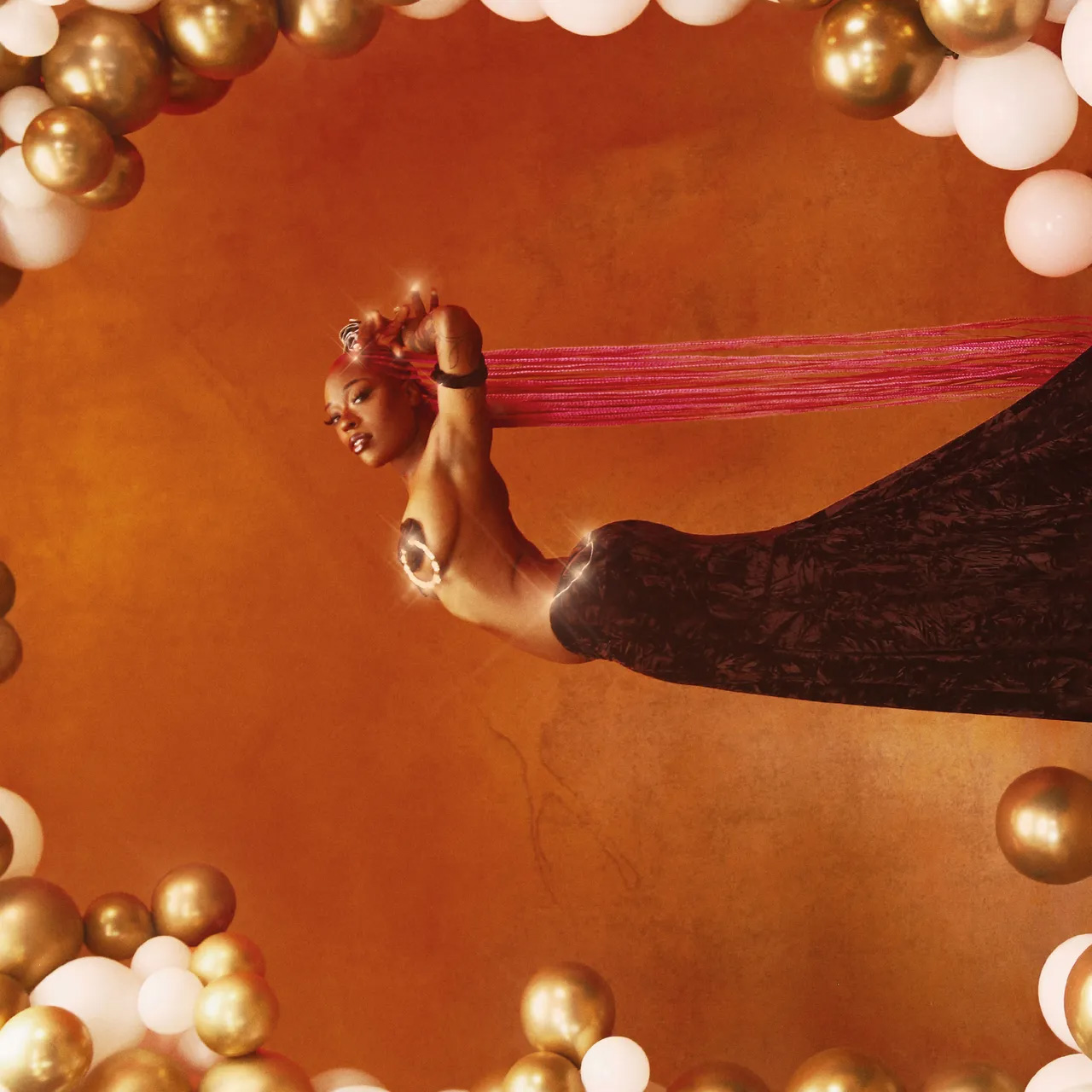 Sudan Archives has been pushing boundaries and defying genres from the very beginning of her career in 2017. Natural Brown Prom Queen expands on her debut studio album—2019’s Athena (which made our 2019 list of favorite albums)—both in terms of what she’s saying and how she’s saying it. A theme that’s connecting many of the best albums this year, this sophomore release seems more free and filter-less than previous work, and that’s saying a lot given the boundary-pushing Sudan’s since she came on the scene. Beautifully sprawling, Natural Brown Prom Queen is Sudan’s best and most diverse work to date, allowing the multi-instrumentalist’s musical chops and engaging lyricism to truly shine—undeniably one of the best albums of the year. 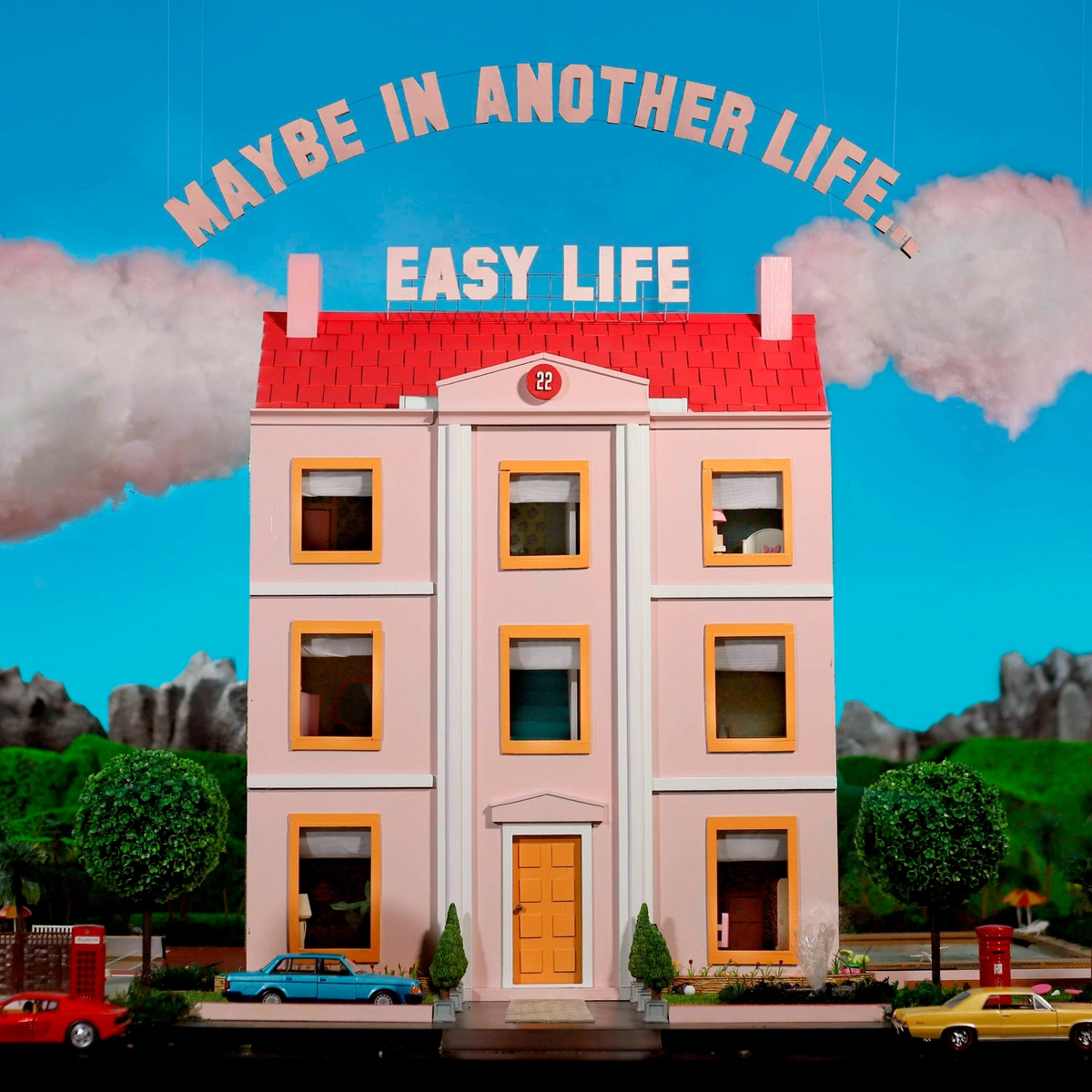 The debut album from this favorite Leicester band nearly made our top albums last year (partially because we really wanted to illustrate the album cover, which shows our exact car driving into the ocean). This year’s follow-up to Life’s a Beach shows a welcome growth in depth and self-reflection from frontman and primary (very prolific) songwriter Murray Matravers that compliments the “happy/sad” levity the band’s music brought to the fore earlier in their career, both with last year’s debut studio album and the mixtape that preceded it. And, thankfully, this year’s album also features a Volvo 240—this time, seemingly safely parked curbside. 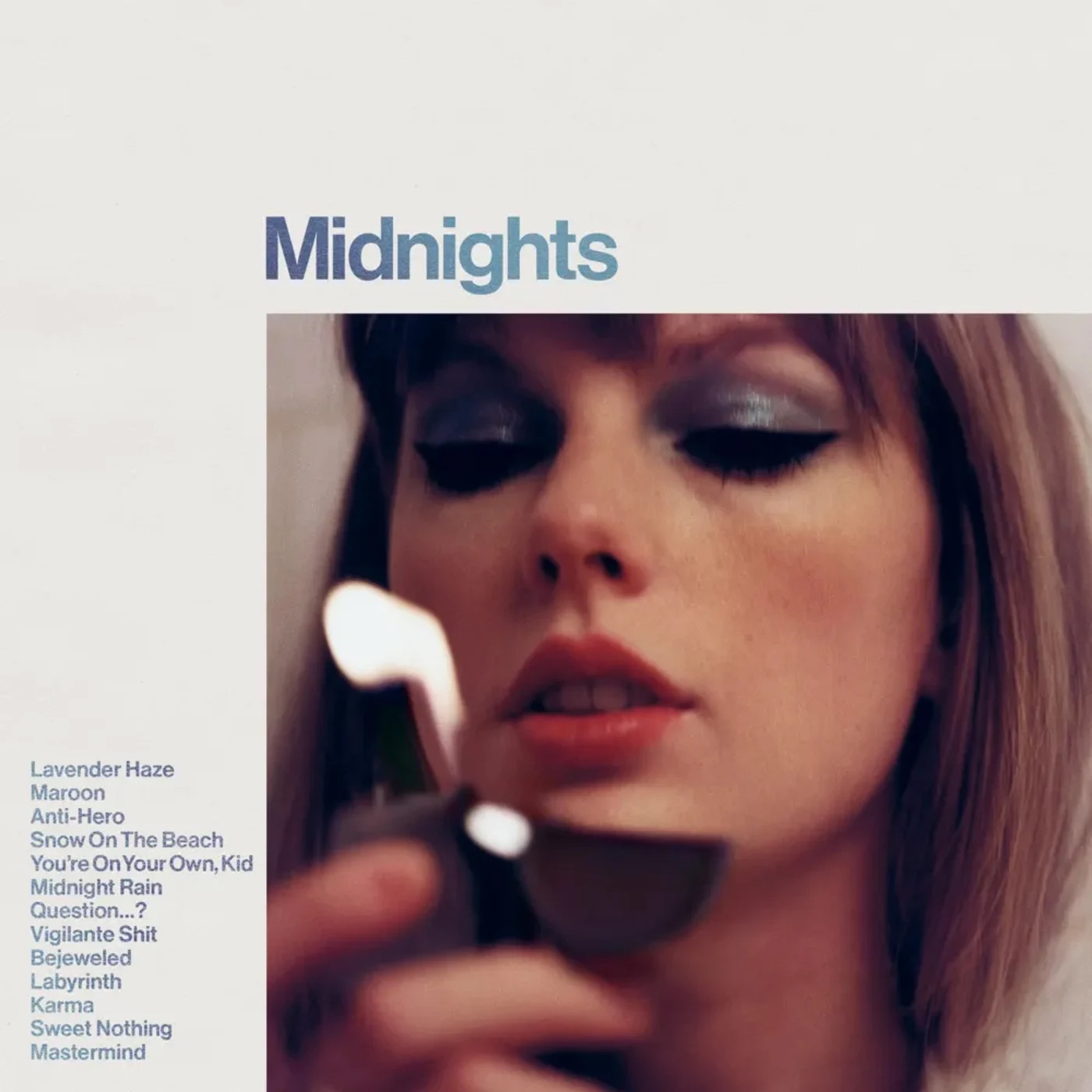 Easily the “least cool” pick, again, we’d be totally lying if we didn’t list this as one of our favorite albums of the year. Critically panned for not being as “mature” as her previous two award-winning studio albums—evermore and folklore—it’s honestly the only Taylor Swift album we’ve ever truly loved and likely the one we’ve listened to the most in the studio this year. But don’t let me ramble on—here’s a more succinct review by our longtime 11-year-old friend, Bea, back in LA around the time of release:

“So good! Haven’t gotten to listen to the whole album yet, but from what I’ve heard so far, probably “Lavender Haze,” “Maroon,” “Mastermind,” and “Snow on the Beach” are my favorite songs so far. Since 1989 was really the first album that got me into Taylor Swift, it’s still my favorite, but Midnights is my second fave, for sure! Me and my friends have been talking about it, and it really is one of her best. It was DEFINITELY a comeback from folklore and evermore, which I definitely didn’t like. But overall, I really liked it!”

PS—the “3AM Edition” of Midnights features an additional five tracks co-produced by The National‘s Aaron Dessner (who co-produced those two earlier critically acclaimed albums) that Swift surprised fans with at 3AM Eastern the night of the album release (midnight PST). The extra track on that edition, “Would’ve, Could’ve, Should’ve” is straight-up a National song with Taylor singing (and the other Dessner twin and National drummer Bryan Devendorf playing on it).

PPS—this video for standout track “Anti-Hero”—directed by Swift herself (seriously, how can h8ers call her talentless‽)—is truly awesome. 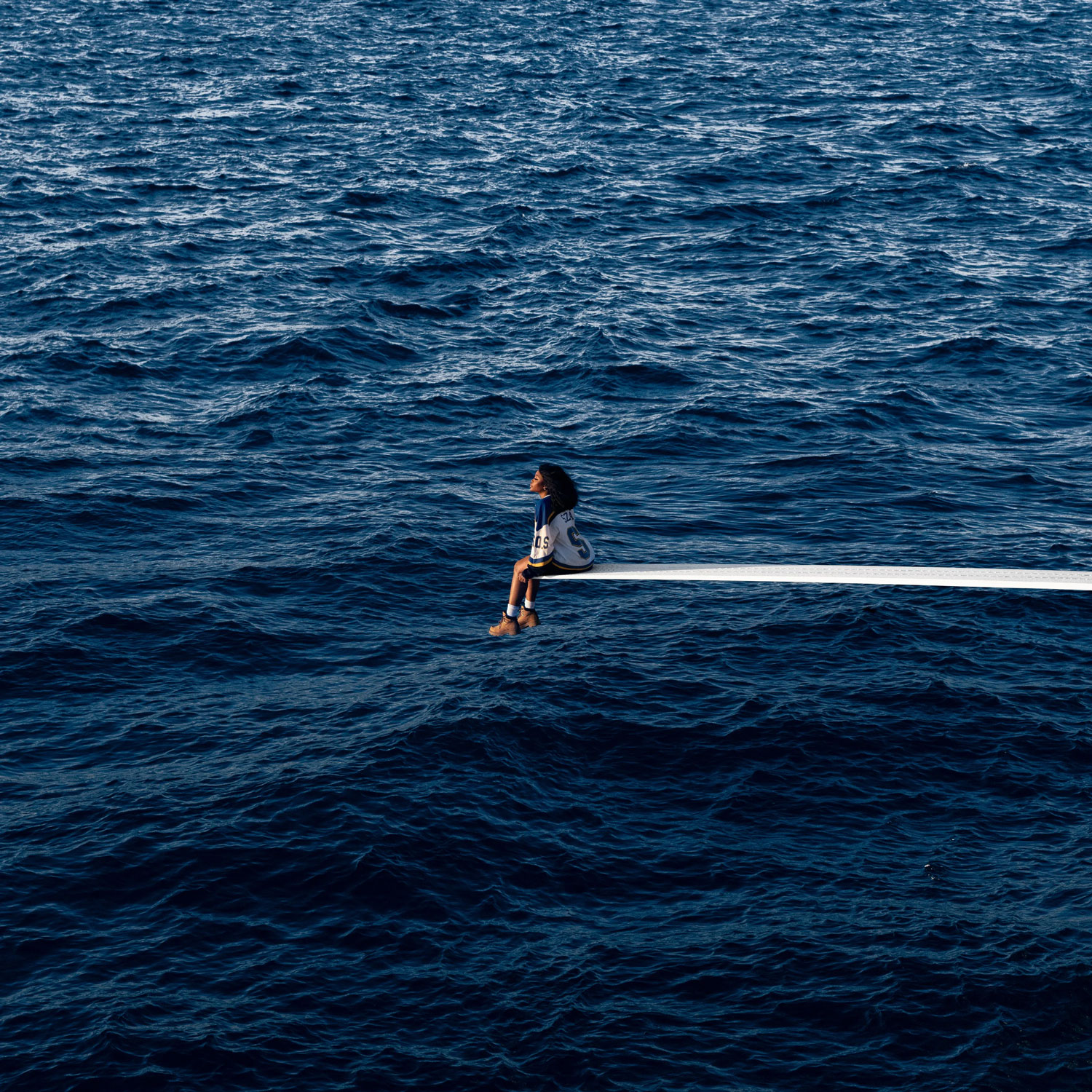 As previously mentioned, SZA’s sophomore studio album—which just spent a second week at the top of the Billboard 200 Chart (the first album by a Black female artist to land at No. 1 in its first two weeks since Beyoncé’s self-titled in 2013)—is absent from nearly every best albums list this year. And that’s just silly. Her 2017 debut, Ctrl, blew us all out of the water with its vulnerable truthfulness and sheer skill in musicianship, proving her one of the most influential artists in recent years. SOS keeps that raw truth and grows in confidence and self-acceptance, both in subject matter and in song-writing. Even if it’s absent from year-end lists, it’s awesome to see the breadth of success for such a talented artist. 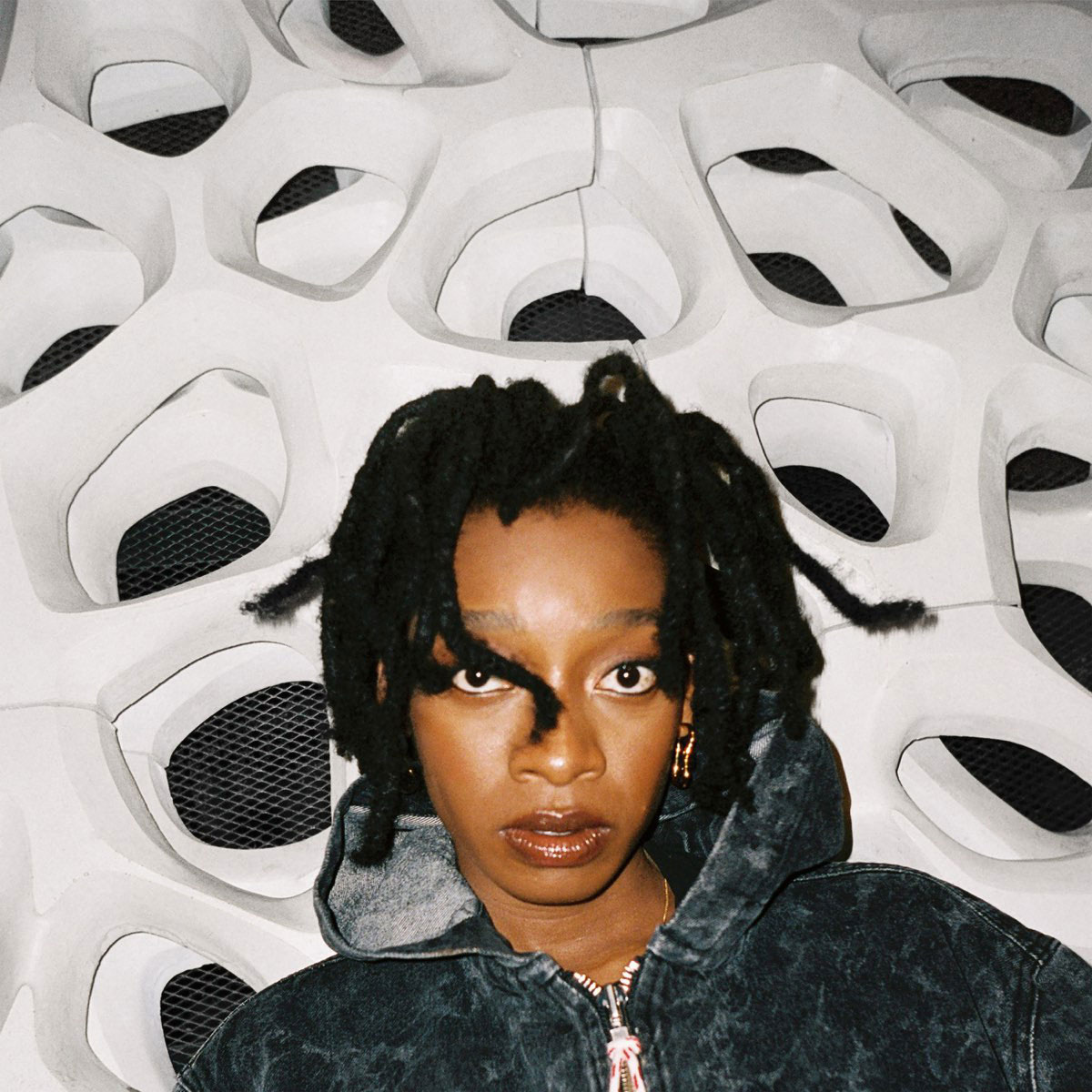 The only artist to appear on this and last year’s favorite albums list (so close, easy life), Simz has long been a favorite of ours and we’re thankful to have been turned on to her so early in her career. Her follow-up to 2021’s Mercury Prize-winning Sometimes I Might Be Introvert has the productive London artist again collaborating with producer Inflo (the core of the musical collective, SAULT, who somehow released five albums this year, all on November 1st) with wonderful results, creating riveting, often cinematically dramatic soundscapes over which the wordsmith waxes extremely poetic. Simz remains one of the most skilled lyricists and rapper of the day and this new album provides even more evidence of that fact.

And our other favorite albums of the year, each well-worth a listen:

Present Tense • Yumi Zouma
Smart pop from a favorite New Zealand quartet with slight musical references to past decades without being derivative.

Wet Leg • Wet Leg
Fresh new voices from a Isle of Wight/London duo that touches on indie and post-punk but creates a whole new genre with this debut.

Inside Problems • Andrew Bird
Likely our favorite studio album from this talented whistling, fiddling Angeleno, full of quick-witted pop gems—we just want to, like, hang out with him at a party.

Cool It Down • Yeah Yeah Yeahs
Seriously did not expect this album—their first since 2013—to feel as compelling and relevant as it does.

Fossora • Björk
Not our favorite album of the year, or the most accessible, but easily the best, in our opinion—it’s somehow less like listening to music than it is like listening to and attempting to decipher an alien language from the future, in the best possible way.

Redcar les adorables étoiles (prologue) • Christine and the Queens/Redcar
A sprawling, shifting concept album of pop-rock epics—largely sung in French—that we’re still trying to wrap our heads around but love.

This year was a stupendous year for music that felt largely creatively driven by a pent-up energy we all experienced these past couple years in the pandemic—what a beautiful silver lining that we have so many talented, creative artists who were able to capture that energy and channel it, sharing it with the world for us all to appreciate.