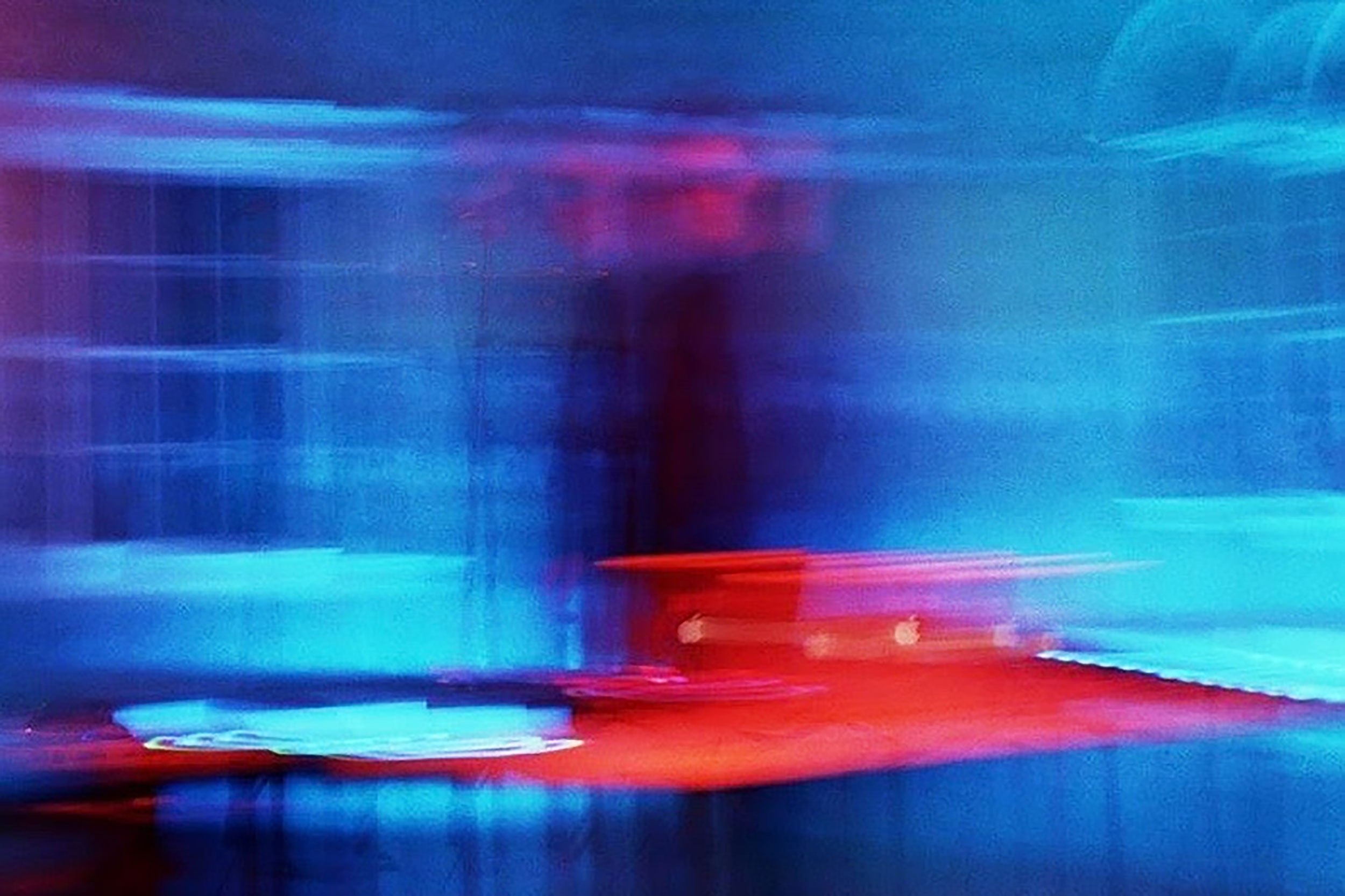 Acidhead is the solo project of New York City producer + artist Patrick McGee, whose debut album comes out next Friday on Veriditas Recordings.  We got a chance to preview the album recently, titled Distractions, and its densely woven fabric of sonic soundscapes, built from patchwork pieces of samples, programmed tracks, live instrumentation, freeform jazz formations, crazy guitar solos, and layered atmospherics left us impressed and eager to know more about this heretofore unknown-to-us artist. We spoke with Patrick recently about inspirations, song-writing, and a bunch of synths and drum machines.

raven + crow: Thanks for taking the time to talk, Patrick, and congrats on the album. I know you’re a producer, but what drove you to make the leap to artist/performer?

Patrick McGee: I grew up playing music, so performance was natural. Improvisation is like meditation, which I try to bring back to my work in the studio. I am a musician first, so while producing these songs, I tried to keep all of the accidents and moments of energy that come with live performance.

Listening beginning to end, the album strikes me as pretty cohesive in terms of sound + theme—was this a conceptual album with a major motif that bound everything together or more of a series of songs you just wanted to get out there?

It’s less of a concept and more of an environment I was in—falling in love, troubled and distant, Harlem in the springtime, and the whole world burning down. The songs themselves were the distractions from my own head.

From a tech-y standpoint, what are you using here equipment-/instrument-wise? I hear what sounds like some vintage synths + drum machines, but you never know these days. And I’m loving the horns I’m hearing.

Most of the horns are sampled. On “Love Has Me Keep on Dying” I’m playing soprano saxophone. I do a lot of work on a Prophet synthesizer, sampled into an SP404, and there are basically 4 layers of ambiance throughout the whole record made of delays, reverbs, and different saturations. Had my friends come over to track guitars, bass, drums, and those became the materials for the sound design.

I’ve never played a Prophet but those things seem awesome. Side note—have you seen this virtual drum machine before? Seems up your alley.

Wow wild! I do a lot of drum programming on the Ableton Push, I like how this looks like a TR-808.

Totally. So, being someone who strikes me as such a DIY-er when it comes to music, what technical advice would you have to someone who’s musical and has songs in their head they want to get out but can’t bridge the gap in terms of recording or producing?

Try everything. There is nothing wrong with something sounding bad. When I record, I record every thought I have, and things take form. Let your mind wander, and try not to think of everything linearly. Two disjunct ideas may be making associations behind your back. 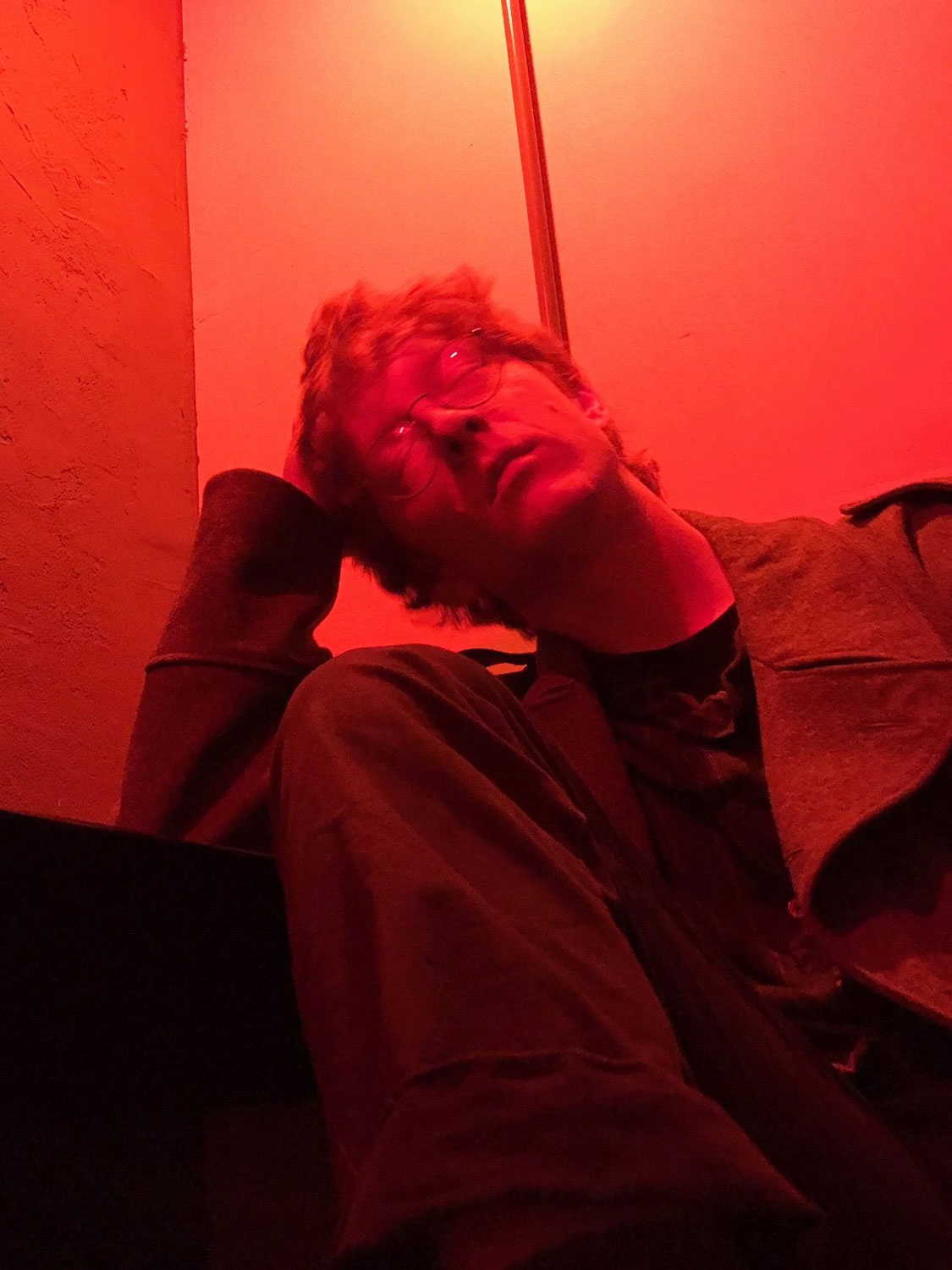 Good advice. Where does the name Acidhead come from?

Yeah, that does make sense. We’re always curious what other artists are listening to—can share who you’re liking lately, big- or small-time?

Oh, I like Sweet Joseph—thanks. I know you’re doing some touring near NYC—what does your live set look like? Is it just you or are you building out a band?

Acidhead is my solo project. It’s me singing and triggering tracks from the record and playing various live instruments. Getting to voice the things alone that make me most afraid and vulnerable is therapeutic, it speaks into existence a lot of things I had trouble dealing with.

Public therapy through music—I like it. Any plans to hit the west coast at all?

Hopefully, I’m open to possibilities…hit me up!

Excellent. Well thanks again for taking the time and best of luck with everything.

Thanks for being in touch and sharing the album!