When Clean Virginia first approach our agency, their primary concern was moving away from the confines of a third-party, subscription-based software as a service (SaaS) platform to something custom-built that better fit their user-centric needs. The more we talked with them though, the more it became clear that they desired a total re-brand of their outward-facing identity and messaging.

The concept for the logo itself evolved from the Virginia state motto, sic semper tyrannis—”thus always to tyrants”.

On the state flag and seal (adopted over 150 years ago), Virtus, the roman Virtue personifying valor and courage, is seen looming over the fallen Tyranny, resting on her long spear with its tip pointed toward the ground, indicating that the battle is already won and seen largely as a figure of peace.

We used the C + V forms in Clean Virginia to create an abstract downward-facing spearhead. As we told the client, the intention is less to transmit the subtleties of the inspiration for the logo and more to create an inspired, memorable, unique mark to brand the organization.

Plus it makes for some pretty great answers for ‘where’d the logo come from’ at fund-raising cocktail parties. 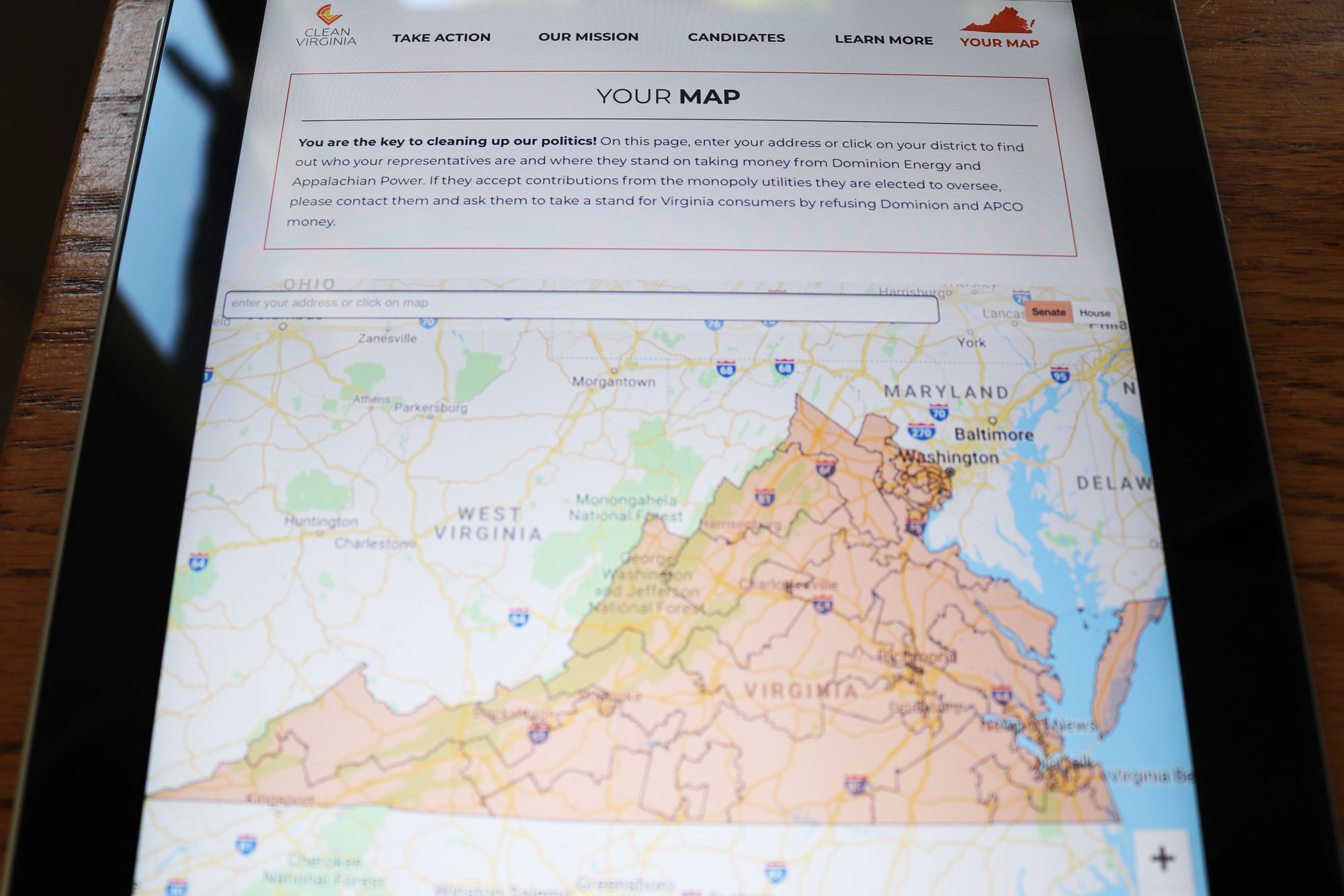 As is the case with most branding projects, we developed this individual logo while keeping in mind the products it would feed into down the line. Once finalized, we used everything that was discussed and developed in the brand development process to build the subsequent pieces needed by the client, in this case, the website.

Not only did Clean Virginia want an easy-to-navigate responsive site that would allow users to quickly understand their work and its value, they also wanted the site itself to be a tool for citizens and advocates. The map page we created allows users to either click on geographic areas or type in addresses to see where their representatives stand on the issues and gives them a hassle-free, streamlined way to contact them as needed. 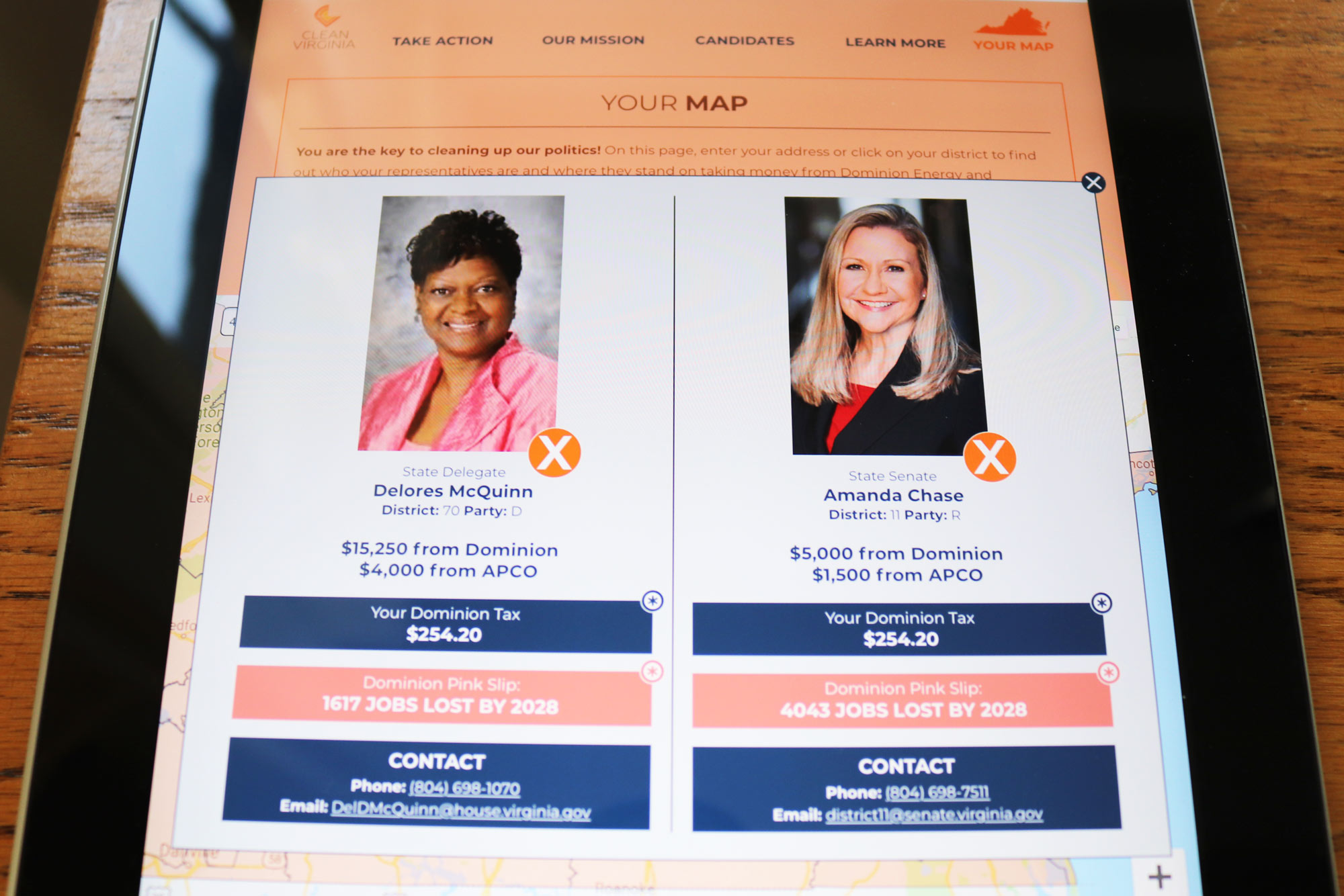 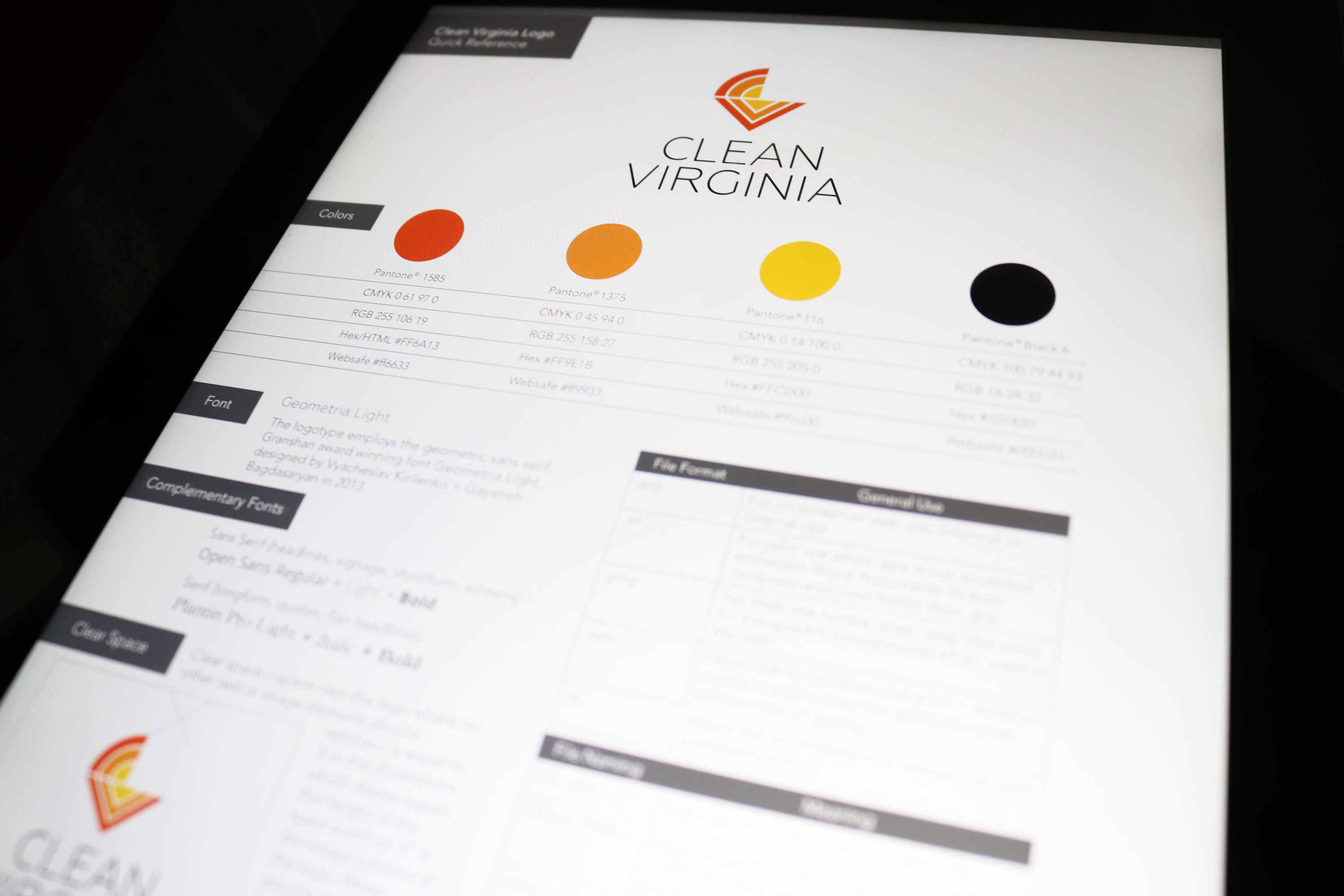